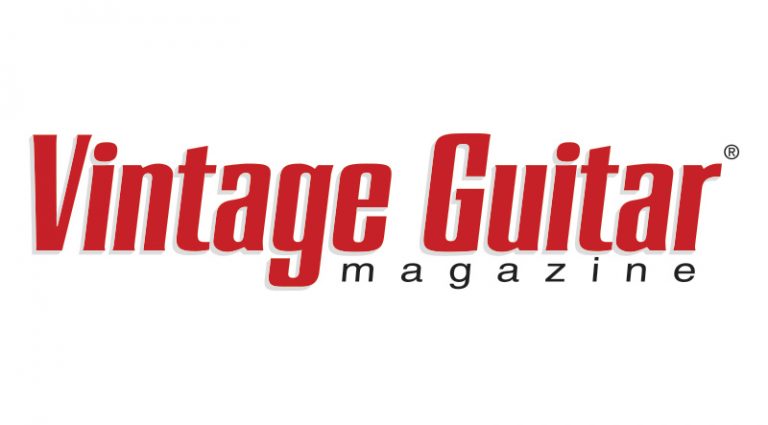 A $5,000 beginning to $7,000,000 in sales/ The Lifetime Achievement Award – Vancouver International Guitar Festival

Co-founder of the LeRoi Brothers, leader of the Tail Gators, and one of the Big Guitars From Texas, Don Leady is an Austin legend. Here, he plays “Rattler Run” from his new album, “Road to Enchanted Rock,” just for you, VG follower! That’s his trusty ’66 Fender Strat with its original pickups, tuners, knobs, and pots running through his modded Blues Jr. amp with a Celestion G12. Catch our review of the album in the February issue. Read Now!

A $5,000 beginning to $7,000,000 in sales/ The Lifetime Achievement Award – Vancouver International Guitar Festival

Co-founder of the LeRoi Brothers, leader of the Tail Gators, and one of the Big Guitars From Texas, Don Leady is an Austin legend. Here, he plays “Rattler Run” from his new album, “Road to Enchanted Rock,” just for you, VG follower! That’s his trusty ’66 Fender Strat with its original pickups, tuners, knobs, and pots running through his modded Blues Jr. amp with a Celestion G12. Catch our review of the album in the February issue. Read Now! 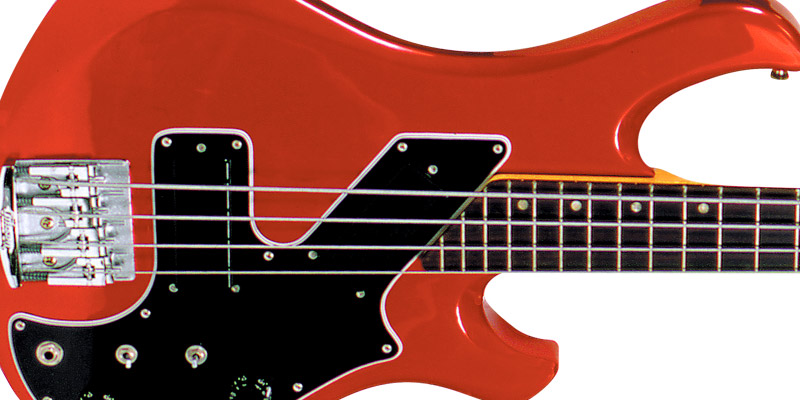 When you consider their status as a last-gasp instrument made by Gibson in its waning days as a property of Norlin Industries, the ironically dubbed “Victory” series of guitars and basses had a lot going for them. The revered brand was in trouble in large part because under Norlin, the quality of its instruments had […] 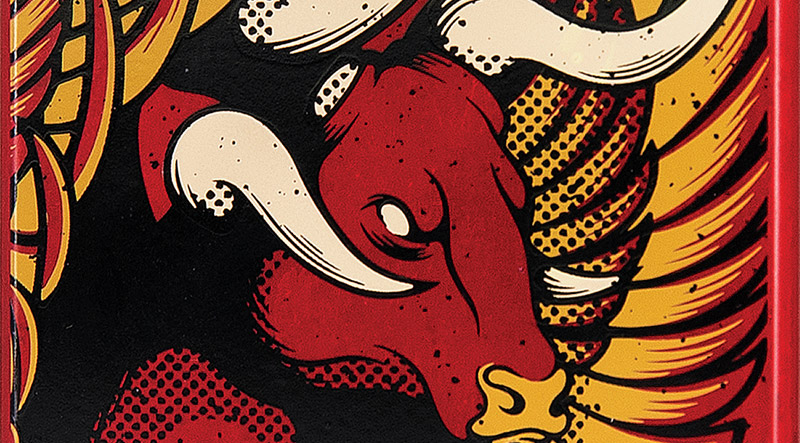 After its Ages Five-State Overdrive proved popular, Walrus Audio dipped back into the concept with a box offering five distortion modes. The Eras Five-State Distortion brings similar controls and functionality; sculpting tone, headroom, and boost is keyed by its Blend, Bass, and Treble controls. Pushing the Gain increases saturation intensity, but the real fun begins […] 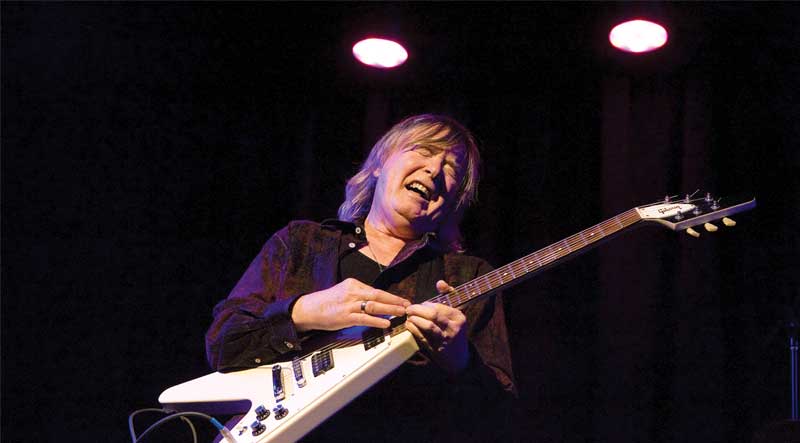 Half a Century with Savoy Brown

Now in its 46th year, the Savoy Brown band, fronted by founder/lead guitarist Kim Simmonds, has returned to its blues-and-boogie roots following a foray as a power trio in which Simmonds served as lead vocalist. The band’s latest album, Voodoo Moon, includes new lead vocalist/violinist Joe Whiting, along with two other new members, bassist Pat […] 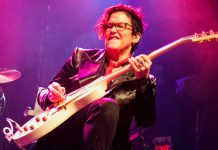 As a guitarist backing Prince on the world-dominant Purple Rain along with Parade and Around The World In A Day, Wendy Melvoin helped crystallize a musical vision known as The Revolution. Melvoin’s collaborations helped unveil Prince’s world view of humanity using a tight, funkalicious rock band that blended gender, race, and sexual identities. She co-wrote […] 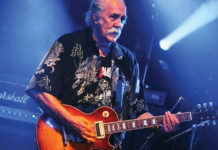 “I always say it’s the song, the performance, and then the production.” Nazareth guitarist/producer Manny Charlton believes those three things, in that order, make a song memorable. When you combine a group of songs containing all three elements, you get a great album, like Nazareth’s 1975 hard-rock heavy-hitter Hair of the Dog. It includes the […] 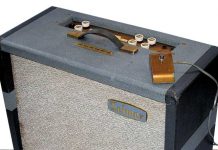 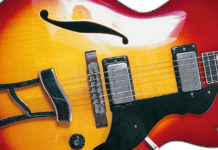 In the world of archtop guitarmaking, the legendary luthier James L. D’Aquisto (1935-’95) is considered one of the greats. A jazz guitarist, D’Aquisto was an apprentice to perhaps the greatest archtop maker of all time, New York’s John D’Angelico, from 1952 until the luthier’s death in 1964. Toward the end, D’Aquisto was essentially making all […] 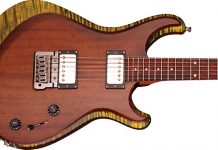 Back to Basics with Savoy Brown

Under the aegis of founder Kim Simmonds, Savoy Brown has always been a band “subject to change.” Formed in 1965, some of its incarnations went on musical tangents, but the blues has been its keystone genre. The band’s most recent album, Goin’ to the Delta, is a return to basic electric blues, with Simmonds reassuming […] 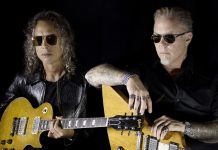 Metallica emerged as the antithesis to corporate rock and the “hair metal” that dominated L.A.’s Sunset Strip in the ’80s. Proudly separated from that scene, the band often famously ventured from its home base in the Bay Area to inject SoCal with doses of real metal. By the ’90s, the band stood alone as the […] 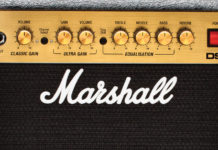 For those who love classic British tone, nothing beats the sound of a Marshall stack cranked to 10. Unfortunately, unless you live on a Montana cattle ranch, actually producing this sound with a Marshall stack in the comfort of your own home will have the neighbors doing the beating. Enter the DSL1C, producing a maximum […] 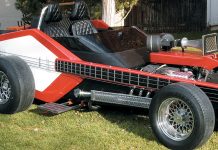 Too Fast to Live, Too Cool to Die

Free love, slick guitars, hot cars! Few pieces of late-’60s pop culture were anywhere near as hip and groovy as this marketing stroke of genius. 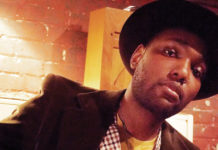 It’s difficult to pigeonhole the music of Naia Izumi, a singer/songwriter who’s also one of the most uncanny guitarists around. “I make music I’m not hearing,” says Naia, who was diagnosed with autism at the age of 16. On his new album, A Residency in the Los Angeles Area, he uses two-handed tapping, chiming chords, whammy-bar […] 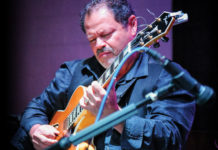 Jazz covers of rock songs often fall flat on their face, but Cuban-American guitarist Jorge Garcia nails it on Crossover. These aren’t corny covers – Jorge reinvents tracks from Led Zeppelin, Yes, and Jimi Hendrix as serious and authentic post-bop, often backed with a badass groove. How did Garcia do it? VG asked the gifted […]

J.D. Simo moved to Nashville seven years ago and quickly landed in the coveted hot spot as the lead guitarist in the Don Kelley band. After four years playing four nights a week in Nashville’s lower Broadway district, Simo took a hard left, forming a power trio that bears his name (with bassist Frank Swart […]

Lee Ritenour’s career accomplishments are the stuff of greatness. With thousands of classic recording sessions and more than 40 albums bearing his own name, Ritenour continues to work his magic straddling the world of jazz, rock, fusion, and Latin music. Ritenour’s Yamaha Six String Theory Guitar Competition recently came to a close, and 16-year-old guitarist […]

Siegmund Midnight Special Price: $1,895 (list, as tested) Contact: www.siegmundguitars.com Driven by a quest for preserving the original tonal qualities of a player’s instrument, builder Chris Siegmund created the Midnight Special, an attractive and great-sounding single-ended Class A amp that brings many of the bells and whistles of larger units to a small amp that […]

Given the current craze for semi-small “home” and “recording” amps, Fender’s 5F10 Harvard of 1955-’60 could be the ideal tweed amp, yet, in its day, it fell between two stools and never sold in large numbers. Or, make that three stools. With the Champ and Princeton in its rear-view mirror and the Deluxe and Tremolux […] 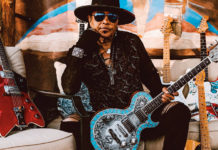 He was the real-life team member on the infamous Charlie Murphy/Prince basketball game parodied on “Chappelle’s Show,” but Grammy winner Micki Free’s latest is bursting with the sounds of blues-rock and psychedelia. Turquoise Blue has high-profile guests, but Free is all about emotional connections and crunchy tones. There’s plenty of wah and overdrive, but […]

Music Man’s JP13 Price: $3,500 Info: www.music-man.com. Music Man has a knack for building blazing artist models for the likes of Steve Morse, Albert Lee, and John Petrucci – three artists known for their incendiary guitar styles. The latest Petrucci offering, the JP13, has a deceptively utilitarian appearance, but its neck, body, and electronics are […]