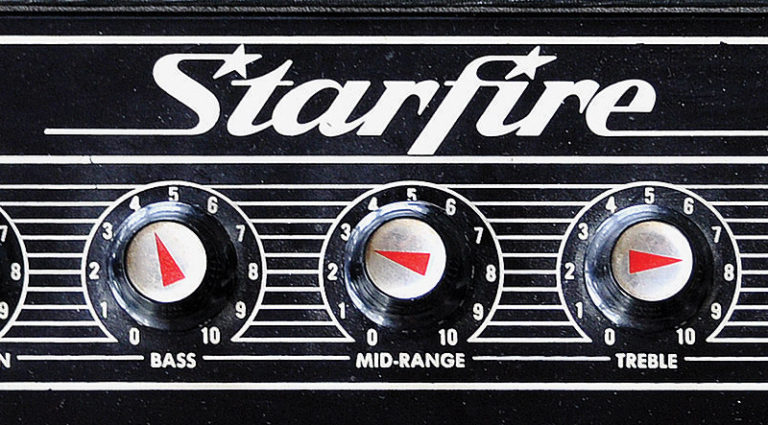 Relatively unsung among early entrants to the field of solid-state guitar amplifiers, Gibson was the first high-output, high-quality manufacturer to bring one to market. And while it quickly proved the touted new technology wasn’t what many guitarists wanted, that didn’t stop others from following suit.

The transistor revolution taking over electronics in the 1950s should have also swept the boards in the guitar industry; sandwich-sized transistor radios were bringing information and entertainment to the beach or picnic, and the technology was making virtually every aspect of consumer electronics lighter, cooler, and sturdier. But, no one got away with claims of sounding better, especially in the guitar-amp market.

By the early ’60s, Gibson was the longest-standing higher-end manufacturer that made guitars and amplifiers in-house, but it was also scrambling to compete with Fender, which had a knack for catching successive waves of musical hipness. In hindsight – a vantage point from which Gibson’s post-’62 amps are funkier of style and less desirable of tone than its tube-driven combos made from 1955 to ’62 – we might also assume the company was flailing in the electronics department, in general, and thus not selling many units. But in reality, those were some of the company’s most successful years, sales-wise, and the amp department was booming by the middle of the decade.

So, it’s ironic that the guitar/amp boom driven by the popularity of rock and roll (especially The Beatles) didn’t translate to the sound the storied manufacturer was seeking from its amplifiers. If rock and roll was generating sales – and being heard in the sounds of amps made by Fender, Vox, Valco-made brands, and others – Gibson was stuck in the jazz age, tone-wise. It just so happened that the sound of transistor-powered amps suited that quite well, or at least better than it did rock and roll to the extent it made an easy conceptual leap for Gibson president Ted McCarty and engineers Walter Fuller, Dick Evans, and Seth Lover.

In 1960, Gibson attempted to future-ize the amp line’s marketing image by adopting space-aged names for most of the combos, many of which were taken from satellites of the era (there’s more on this in our profile of the GA-8 Discoverer, September ’21). As such, once engineering developed the technology and was ready to pack it into a new amp, the similarly thrusting Starfire name made perfect sense, and the space-aged styling with Earth to the left of the control panel and Saturn to the right further drove the point home.

Delivering 40 watts from solid-state preamp and output stages, the Starfire was a single-channel amp with a control section including Loudness, Reverberation, Bass, Mid-Range, Treble, along with Depth and Frequency knobs for the tremolo. The amp is configured with the preamp circuit arrayed in the upper chassis and output and power stages in a separate chassis mounted in the bottom of the cabinet, where both power and output transformers are located. And, rather than the printed circuit board we expect of solid-state amps today, the upper chassis was put together much as were Gibson tube amps of the day, with discrete coupling capacitors and resistors often of the same type and value as those in tube amps, along with several smaller RCA and GE transistors in place of the tube gain stages. Within this part of the circuit are eight discrete transistors, which would be the same number of triode gain stages (traditionally two per preamp tube) required for a single-channel preamp and EQ stage, reverb, and tremolo in a standard tube amp of the era, though there are also a couple more substantial surface-mounted power transformers on the reverse side of that chassis.

The two chassis are connected via a cord with eight-pin connectors at either end. Downstairs, a pair of Motorola 2N1542 germanium PNP transistors pump out the power in a push/pull configuration feeding a standard Schumacher output transformer (though it’s a little smaller than you’d likely find in a genuine 40-watt tube amp). Germanium? That’s right, the stuff of fuzz-pedal legend. And, given the era of production, the preamp transistors were all germanium, as well, which were more common than the silicon transistors making inroads at the time. All this is not to say that the Starfire TR 1000 RVT produces anything like the gnarly, hairy tone generated by transistorized products of the day like the Maestro FZ-1 Fuzz Tone pedal.

“The tone is what I would describe as sterile,” says owner and VG reader Gregg Poe. “Cranked up, it doesn’t have much break-up, just louder clean sound, and not terribly loud at that. This amp would be suited for jazz or very clean playing more than anything. After playing tube amps my whole life, I would be hard-pressed to use this one live.

“The reverb is pretty decent, the vibrato actually sounds great, and the ‘On’ indicator jewel light pulses with the frequency setting, which is cool!” he added.

In 1962 – a year ahead of the Starfire – Gibson introduced its line of tube-driven Crestline amps, which shared many cosmetic details including the enigmatic “crest” – a coat of arms (of sorts) depicting a standing waterfowl on a red background with three inverted crescent moons, along with an armored helmet and other sorts of regal heraldry. It’s often assumed both were manufactured out of house (some speculate by the Grossman Musical Instrument Company, Cleveland, which for years manufactured a line of guitars under the Crestline brand), but the Starfire and others were still resolutely Kalamazoo productions. In fact, Gibson expanded its electronics department in ’62 with a 20,000 square-foot facility separate from the main factory, and by mid-decade would expand even further to meet demand.

Many customers shared Gibson’s faith in transistors as the way of the future, and Starfire production was significant into 1965. By ’66, the new GSS solid-state line had taken over, itself tailing off through the next few years as guitarists grew wise to its sonic failings; Vox, Fender, and others would also introduce solid-state lines that would go the way of the dodo.
Having boomed in the decade, Gibson amp production slowed, then ended altogether in Kalamazoo after ’68.