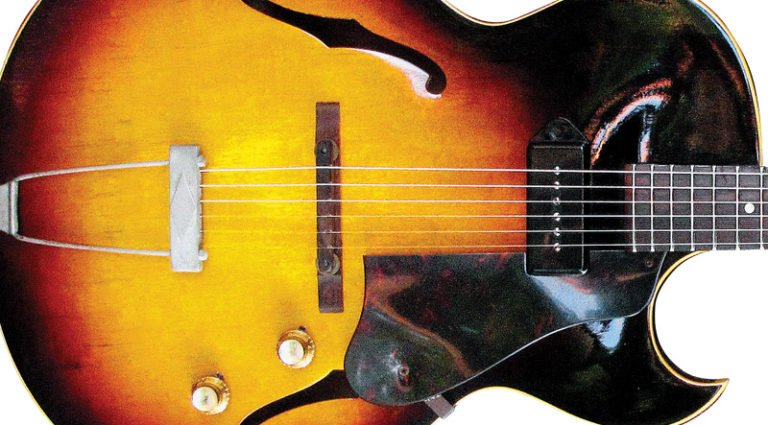 For nearly five decades, Chuck Panozzo has been the bassist in Styx, enjoying the ride as it went from playing garage parties in suburban Chicago through its heyday as AOR-radio superstars who charted eight songs in Billboard’s Top 10 and eight more in the Top 40.

Panozzo started on guitar as a kid; seeing that Chuck and his twin, John, were deeply interested in playing music, their parents bought instruments for the boys – Chuck a new Gibson, John a drum kit.

“I was nine or 10 years old when we went to Bartoli Music School, in Roseland,” he said. “I was handed an ES-125TC and played one song. I was sold!”

In 1961, the 12-year-olds began jamming with their 14-year-old neighbor, Dennis DeYoung (on accordion), then soon formed a band – The Tradewinds. After high school, Panozzo went to seminary in ’63, but realized it wasn’t his calling and returned home the following year. While he’d been away, The Tradewinds carried on with another guitarist. Wanting to play again, Panozzo offered to grab a bass, which meant putting the 125 under his bed and getting a Höfner 500/1 “violin” model.

DeYoung moved from accordion to a piano and The Tradewinds eventually became Styx in ’72, after bringing aboard guitarist/songwriter James “JY” Young. They released five albums and had minor hits with “Lady” and “Lorelei” before second guitarist Tommy Shaw replaced John Curulewski in late ’75. In ’77, they broke through to stardom with The Grand Illusion, pushed by the hits “Come Sail Away” and “Fooling Yourself (The Angry Young Man).” Panozzo played Fender Precision and Jazz basses before moving to Rickenbackers and then Alembics during the band’s heyday.

Among their throng of fans was a New Jerseyan named John Francis, whose devotion never wavered and evolved to include pursuing memorabilia. As a hobby guitarist and guitar nut, he was always aware of the gear used by Panozzo, Young, and Shaw, and in 2012 he saw something that especially piqued his interest.

“I read a post on the internet saying someone was selling ‘Chuck’s first Gibson guitar’ and other items,” he said. “I reached out to let the guy know I was interested, but right away he seemed to cool on the idea of selling the stuff.”

Undeterred, every six months for the next four years, John and his wife, Kathy, an equally devout Styx fan, would send another e-mail with an offer. “Usually his response was ‘Thanks, but I’m not interested in selling right now,’” John said. “But, Kathy and I vowed that if at all possible, we’d make sure the instrument would be rescued and not become just another guitar in some collection.”

Finally, in May of ’16, things changed; a deal was made and the guitar shipped. When it arrived, though, the Francises feared the worst after getting a better look at the hole in the chipboard alligator case. Holding their breath, they opened it…

“We found what was essentially a guitar-shaped piece of fire wood,” said John. “It had been stored in an outdoor storage locker for many years – not an ideal environment – and the back was separated from the body for several inches, the bottom of the case was rotted, and the back of the guitar looked water-damaged. But the worst part was the neck was separated.”

While disappointed they hadn’t asked for more (and better) photos before negotiating a price, they were no less determined to resurrect the guitar, and sent it to a luthier in upstate New York. 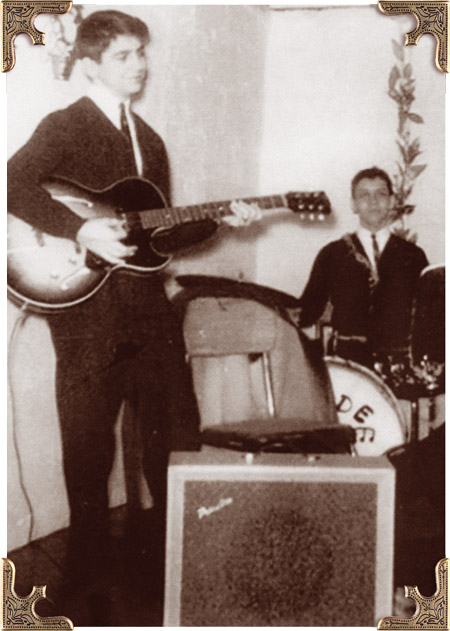 “We decided not to go full restoration in terms of cosmetics because we wanted the guitar to exhibit the hard life it endured,” John said.

“It played beautifully and the original P-90 still sounded great!” John added. “The tuners, tailpiece, pickguard, strap button, control knobs, pots, and output jack were still original, but the neck had been re-set, of course, the fretboard leveled, all frets replaced, and it had a new nut and bridge.”

Following a Styx show in Pennsylvania that August, the Francises presented the long-lost guitar to Panozzo.

“It was really moving to see Chuck hold it,” said Kathy.

Panozzo couldn’t recall the last time he’d seen it, and he graciously offered to buy it back even though the cost of acquiring it and the repairs far exceeded its market value.

“We were so glad we could make this reunion possible,” John said. “We get such a thrill knowing that in Chuck’s hands, the 125 helped give life to the music of Styx, which has become an enormous part of rock-and-roll history.”