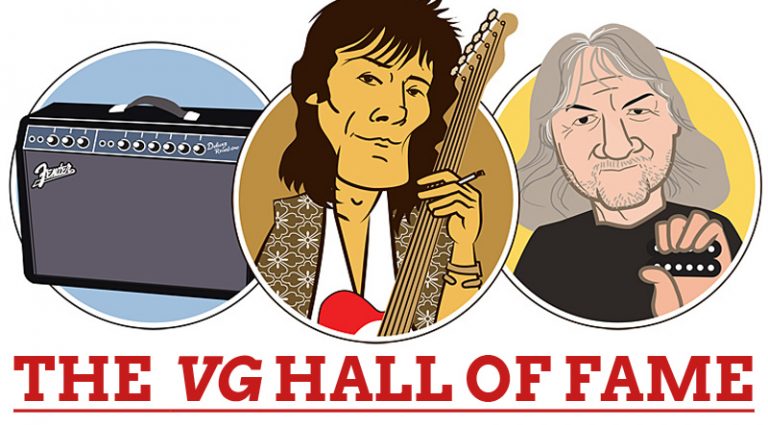 Each year, VG asks contributors and readers to nominate and choose inductees to its Hall of Fame. And each year, the magazine inducts a player, an innovator, and an instrument for inclusion. Hundreds of votes are tallied via the magazine’s traditional written ballot, while hundreds more vote at VintageGuitar.com. Here, we proudly present the 2011 inductees to the VG Hall of Fame. 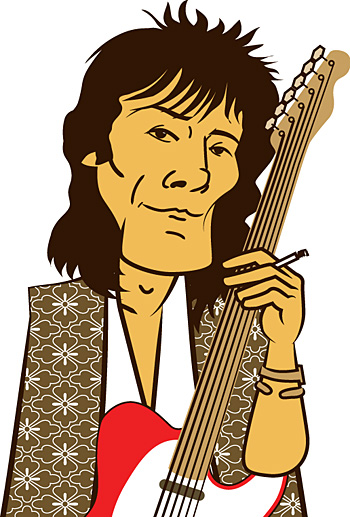 Though the Beatles were the vanguard in the British Invasion, time has proven the Rolling Stones to be the more influential rock-band prototype. Whether in terms of dress, stage presence, or behind-the-scenes lifestyles, from day one, the Stones came off like the ultimate rock-and-roll band.

Among those who paid the most attention, there has never been a doubt – Keith Richards is the driving musical force behind this “greatest show on earth.” Their sound has always been guitar-driven, and in the early years, the Stones went beyond merely playing covers to breathe life into blues and soul classics while creating a template with three key elements – the swaggering front man, a stripped-down blues-rock sound, and a bad-boy image. From Aerosmith to Van Halen to Oasis to the Hives, the essential elements that made every rock-star wannabe want to be Keith and Mick have been employed again and again.

The product of an upbringing so typically post-war British as to be almost cliché, some of his earliest childhood memories are recollections of bomb craters and flattened row houses. His schooling, to hear him tell it, was something straight out of Pink Floyd’s The Wall – an ingratiating public-school system tried to relegate him to life as a tradesman. But his rebelliousness got him booted from technical school, and in short order he was enrolled in art classes, had a guitar, and was jamming with classmates.

Inspired by the playing of Chuck Berry, Muddy Waters, Scotty Moore’s licks on Elvis records, Hank Marvin, James Burton, Buddy Holly, the Everly Brothers, Chuck Berry, and the vocal-pop/jazz records his mother would play around the house – Billy Eckstein, Sarah Vaughan, Ella Fitzgerald – Richards began to forge his style. In 1961, he joined schoolmate Mick Jagger in Little Boy Blue and the Blue Boys, which would get together and play along to blues records. By the summer of ’62, the band had changed personnel and was booked to play its first gig, billed as The Rollin’ Stones. By early ’63, bassist Bill Wyman and drummer Charlie Watts were onboard, and in March of that year, the band cut its first five demos. Gigging heavily, within months, they moved to clubs beyond London, and opened for the Everly Brothers in Scotland.

In the decades since, Richards’ guitar has been the guiding light that helped the band roll right through countless musical trends.

One could argue that Richards’ style is marked by two distinct periods. In the Stones’ formative years, he made ample use of the lead-rhythm approach popularized by Chuck Berry to create licks that became songs like “Satisfaction,” “19th Nervous Breakdown,” “Get Off of My Cloud,” “It’s All Over Now,” and “Last Time.” By the early ’70s, he was regularly using Open G tuning, often with a capo in different positions. From this point, his reputation as a rhythm guitarist and riff writer was solidified, as he placed more emphasis on his R&B-informed lead-rhythm approach, as exemplified by his riffs in “Start Me Up,” “Happy,” and “Rocks Off.”

Like his playing, Richards’ gear followed an evolutionary line. Early on in the Stones, he used a sunburst Harmony Meteor hollowbody electric with DeArmond pickups, followed in ’64 by an Epiphone Casino, then a sunburst Gibson Les Paul Standard with a Bigsby vibrato (’65), a Gibson Firebird (’66) and a black Gibson Les Paul Custom (late ’60s). In the early ’70s, he began to heavily favor a Fender Tele Custom; ever since, he has been primarily a “Tele guy” who occasionally grabs a Les Paul or 335; his highest-profile guitar is a natural-finish ’50s Tele dubbed “Micawber” which is set up in five-string/Open G and has a Gibson P.A.F. pickup in the neck position. Early on, his favorite amp was a Vox AC30 combo, followed in the early ’70s by Ampeg V-4 live and small Fenders and Ampegs in the studio. Since the late ’80s, his tone has mostly come from a ’57 Fender Twin, sometimes aided by a 50-watt Marshall for distorted lead tones, and a Fender 4×10 Bassman.

Though he has unabashedly fallen into many (most?) of the trappings of a rock-and-roll lifestyle, Richards has remained a true musical hero because his focus has never strayed – what he does works, be it his Telecaster, his AC30, or his love of music and the attitude it has fostered within him. 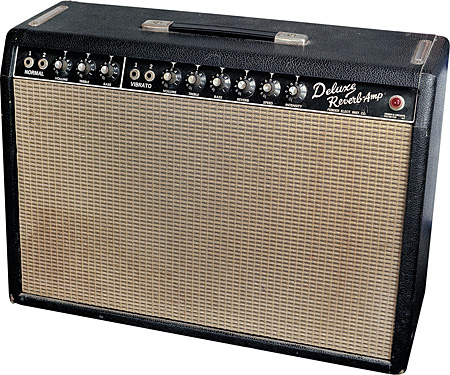 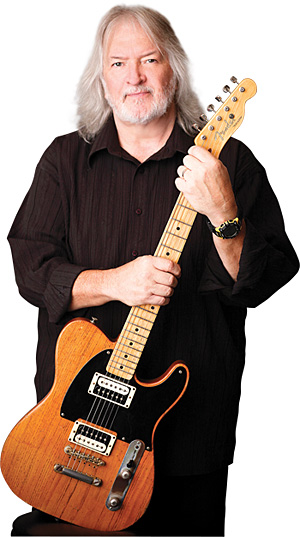 Though he didn’t invent the electromagnetic guitar pickup, Seymour W. Duncan has done more than anyone to make known just how critical the pickup is to guitar tone and its nuances.

Born and raised in New Jersey, Duncan developed an appreciation of music by listening to bands at dances, sockhops, and nightclubs. His first honest-to-goodness contact with a musical instrument happened thanks to a great uncle named Bid Furness, who not only introduced Seymour to the music of Charlie Christian, Chet Atkins, and Les Paul, but, as a big-band trumpeter in the 1930s and ’40s worked with several well-known performers on the East Coast.

“Uncle Bid had an acoustic guitar in his attic that he brought down one day in the early ’60s, when I was about 13,” Duncan recalled in a 2001 interview with VG. “Then, a neighbor taught me my first chord – a second-position D – and gave me a 45-r.p.m. of a Chet Atkins song along with Two Guitars, Country Style, by Jimmy Bryant and Speedy West.”

Later, he studied Mel Bay method books, learning notes, chords, and fretboard positions. “It was cool to play Beatles songs at school dances at the same time they were on the radio,” he remembers. “So I’d listen to them on the radio and have the chords for my band the next day!”

He became interested in working with pickups out of necessity.

“I needed to keep my guitar in working order,” he said. “I was a lead player, and couldn’t keep using the rhythm pickup on my Telecaster for lead work.” In the mid ’60s, he began seeking out guitars in music shops that were playable, but not functional. “Folks were just throwing them away,” he said. “I once traded a Fender volume pedal for a ’53 Esquire that didn’t work because the knurled washer was shorting out the jack when the cord was plugged in!” At 16, he began repairing/re-winding pickups; his first winder was made from a record turntable.

At the urging of Les Paul, in the late ’60s, Duncan moved to London, his mission two-fold; first, he wanted to play music for a broader, more-accepting audience, and second, to further his efforts developing pickups while working in the repair and research departments at the Fender Soundhouse. There, he refined his craft while doing repairs and rewinds for Jimmy Page, George Harrison, Eric Clapton, Pete Townshend, Jimi Hendrix, Peter Frampton, and his personal guitar hero, Jeff Beck. Today, he cites Beck’s early solo albums for being the first music to broadly feature his signature pickup tones.

Upon returning to the U.S., he settled in California and established contact with heavy hitters in the musical-instruments industry – Leo Fender and Seth Lover being among the most vital. Always fixing, building, and improving pickups, his grass-roots effort was paying off; demand for his custom pickups grew. In late 1978, together with his then-wife, Cathy, he started Seymour Duncan Pickups.

The years that followed have seen some astounding highlights for a guy with such incredibly humble beginnings, including hanging with Jeff Beck at the 1983 A.R.M.S. Charity Concert for Ronnie Lane, working as a guitar tech at 1985 Live Aid show, and applying his expertise on Hollywood sound stages.

He has shared stages with everyone from Eric Johnson to Albert Collins, Eric Clapton to Joe Walsh, Elliot Easton to Peter Frampton, Robin Trower, Freddy King, and many others.

A steadfast regular at clinics, conventions, and various other guitar-centric events, Duncan is renowned for his willingness to help players capture the tones that inspire them. Not only has he personally wound pickups for the likes of Jeff Beck, Billy Gibbons, Joe Perry, and other superstars, but for many, many, many everyday players!

Album of the Year

Rock Player of the Year