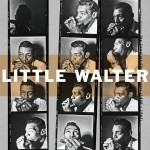 Someday someone will make a great movie about rock and roll, maybe even blues. Until then, we’re stuck with crap like Cadillac Records, which takes more than “artistic license” in telling the story of Chess Records.

Marshall Chess, son of the Chicago label’s Leonard Chess, served as technical consultant for the film, but called it “a horrible distortion of history” – for, among other things, its fabrication of an affair between his father and singer Etta James. At least his dad was depicted in the movie; Leonard’s brother Phil, who co-founded the label, is nowhere to be found. And Little Walter gets even worse treatment. This genius of the harmonica admittedly led a rough and tumble life, but the movie portrays him as a certified lunatic – at one point executing a man for impersonating him, though this too is Hollywood fantasy.

Still in his teens, Marion Walter Jacobs established a whole new style of harmonica playing – not just amplifying the harp by cupping it to a cheap microphone (that had been done), but approaching the instrument like a jazz horn soloist. He influenced virtually all blues harpists who followed – some devoting their entire careers to copying his every lick.

This five-disc box is the Little Walter mother lode: six hours, encompassing every session he led at Chess, including more than a dozen previously unissued tracks, outtakes, and works in progress, not to mention a bevy of rare photos.

But while the singing and solos are all Walter, it’s also a textbook on blues rhythm guitar – taught by the masters. From his 1952 instrumental smash “Juke,” backed by bandleader Waters and bandmate Rogers, Walter is backed by the Aces (brothers Louis and Dave Myers); 18-year-old Luther Tucker and his mentor, Robert Lockwood; Jimmie Lee Robinson; Buddy Guy; and Freddie Robinson. Bo Diddley even plays on an instrumental he penned called “Roller Coaster.”

A must-have for harp players, but guitarists, too.

This article originally appeared in VG’s Jul. ’09 issue.  All copyrights are by the author and Vintage Guitar magazine.  Unauthorized replication or use is strictly prohibited.