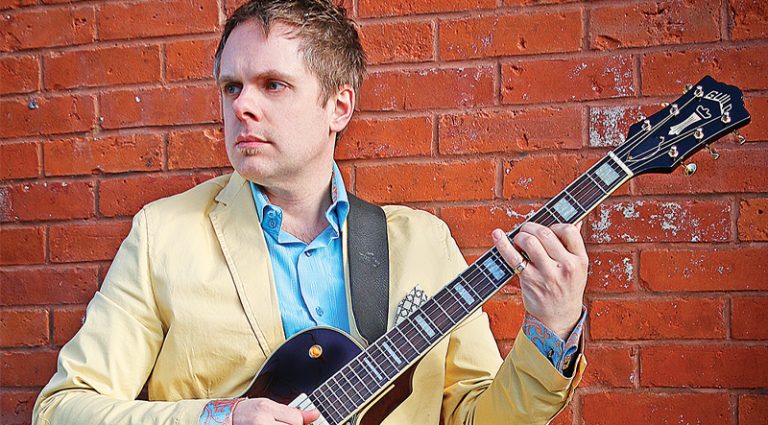 The organ trio – or in the case of the Charlie Apicella album, the organ quartet – is alive and well. Each of these new releases features organ and guitar, and to anyone who thinks the genre is too narrow, here’s ample proof that’s not true.

Veteran jazz guitarist John Hart, organist Adam Scone, and drummer Rudy Albin Petschauer tackle songs not by the original British invasion, but songs by British females. For instance, you get Amy Winehouse’s “Rehab” done as a rollicking jazz march that morphs into pure swing with Hart leading the way with his imaginative and soulful playing. Tunes by Sade, Adele, and others feature fine playing by all three.

Hart’s ballad playing shines on the start of “Turning Tables” before it starts swinging. Lorde’s “Royals” shows him using a chorused, big sound that eventually turns the song into an all-out rocker by the end. If that tone doesn’t surprise you, check out “Rolling In The Deep” where he digs out a wah. There’s plenty of great jazz playing here, but on this fine collection he broadens to show us some fine chops in other areas too.

New York’s Apicella is a big-time soloist and comping artist and his strengths shine on his latest. His playing behind Sonny Fortune’s soloing on “Lookin’ East” is a joy to hear. “Minor Mishap” gives everyone’s bop chops a showing, Apicella contributing a smart, bluesy solo. “Sleeping Susan” is light swing with a solo from Apicella that displays his great choice of notes.

The liner notes say they wanted to do tunes in the spirit of organist Jack McDuff and they do that goal justice. This is a swinging, bluesy record that puts you in a smoky nightclub.

Lonnie Smith needs no introduction. Numerous guitarists have filtered through his bands and gone on to bigger and better things. This fine live set, recorded at the Jazz Standard in New York features guitarist Jonathan Kreisberg, and it’s perfect in pretty much every way. Kreisberg delivers blistering solos with surprising, but on-the-money note choices whether the tune is a ballad (“Devika”), a swinger (“Up Jumped Spring”), or a jazzed-up version of a pop hit (“50 Ways To Leave Your Lover”).

While there are certainly areas where the sounds of these three records overlap, the variety displayed shows that the organ/guitar marriage will continue as long as there is jazz.