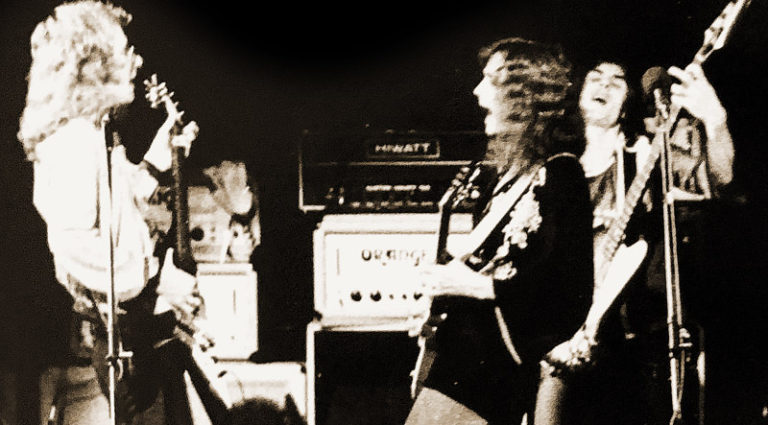 Unlike its self-titled debut album and the 1971 follow-up, Pilgrimage, the band approached Argus with a plan.

“Breaking into the American market was very much in the mind of our manager, Miles Copeland,” Powell said. “Being an American living in London, he was fully aware that America was the biggest market at that time, and there was a ceiling to success for a U.K. band in its own country – or even Europe. And we were starving musicians with a hunger to make it.” 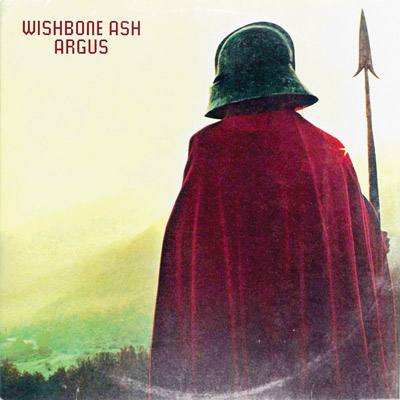 Those factors spurred them to create Argus.

“We’d learned that we needed to play simpler themes and be more powerful, allowing space in our compositions and the music itself,” he added. “We needed more-grandiose themes in the lyrics, too, so they became more adventurous.”

Argus was also sonically brighter and punchier than its predecessors.

“The equipment was getting better, and we moved from eight tracks to 16,” Powell explained. “So, what did we do with all those extra tracks? Double everything! In many cases, it was ‘What can we fill them with?’ That’s what gives the album that extra ooomph.”

The introductory “Time Was” has two parts; the ethereal first movement features Ted Turner on a ’50s Gibson J-200 with Powell adding forboding volume swells in the background with a recently acquired ’67 Flying V.

“Ted wrote the wistful intro and the rest of us wrote the faster rock section with me contributing to the rhythm structure and twin lead parts, as well as the solos,” Powell detailed. “We’d been on tour with The Who and you can plainly hear my love of Townsend’s style coming out in the song.”

The Flying V was used on every song on Argus, according to Powell, while Turner relied primarily on Stratocasters. Martin Turner played a ’63 Precision Bass in the studio but his performance basses were usually Gibson Thunderbirds.

The album also featured harmony vocals, including quasi-scat singing on “Sometime World.” The lilting “Blowin’ Free” would become Powell’s favorite track for its arrangement and sound.

“‘Blowin’ Free’ was the most radio-friendly cut on the album and was released as a single,” he detailed. “It was very satisfying to complete because we’d been searching quite a while for ways to nail the song. The harmonized vocal approach was influenced by Steve Miller’s recordings. We loved his clean recording style and had played on shows with him several times. It also kind of sums up the ’70s for me – full of hope and optimism, an open road with the wind in your hair, young love, and thrilling guitars.”

While Argus wasn’t a concept album, many of its songs hinted at a medieval theme, particularly on side two.

“It became a concept album by default and I’m happy about that,” Powell said. “But I wouldn’t root it into being solely ‘medieval.’ It did have historical references that seemed to span many centuries – all Brits or Europeans grow up with a sense of history and old stones surround you in every building. Thousand-year-old Norman churches are in every Btitish village, and castles and cathedrals abound elsewhere. You can never escape the past, and the lyrics were inspired by the Bible, Greek mythology, and themes of endless wars; they speak to the exhaustion of all that.”

Argus was released April 28, 1972. Part of its marketing in the American market was an ad in Rolling Stone that displayed concert images of Powell and Ted Turner, the headline unabashedly hyping Wishbone Ash as the world’s greatest twin-lead-guitar band.

“That was one of Miles’ entrepreneurial moves,” said Powell. “It wasn’t where we were coming from at all. I cringed when I saw that ad, but it probably was responsible for people taking notice. It wasn’t our style, but Miles was aware of what it could do for us from a business standpoint.”

Powell is particularly fond of Argus because it was a dynamic and crucial effort.

“We could see that it was exactly what we needed to take us to our next phase – playing bigger venues, going against bigger acts and winning over their audiences. We were on track to play many places around the world. We knew we had a winner, firing on all cylinders.”

In ensuing decades, Wishbone Ash fan polls consistently ranked Argus at #1, usually by a wide margin. The album will be 50 years old in 2022.

Powell believes it still resonates “…because it was a definitive statement of a band that knew exactly where it was going and was carving a niche for itself in several ways – twin leads, harmonized vocals, great guitar soloing, melodic songs. But most importantly, it seemed to capture the zeitgeist for rock fans at the time. It sums up that early-’70s musical moment in an almost spiritual way.”