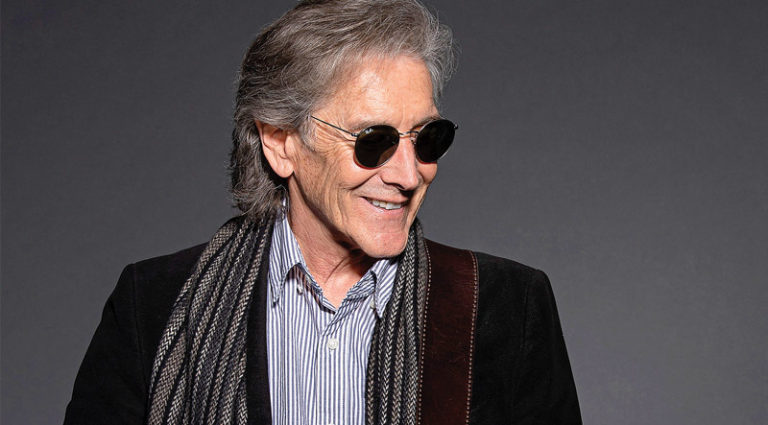 A Grammy-nominated guitarist with an enviable career, Rick Vito has played with everyone from Bonnie Raitt to John Mayall and appeared on hundreds of recordings. He even did a stint in Fleetwood Mac.

As a proud disciple of Peter Green, in February of 2020, Vito fronted the Mick Fleetwood & Friends Celebrate the Music of Peter Green And The Early Years of Fleetwood Mac show in London, which included David Gilmour and Kirk Hammett. It was recorded for a DVD released earlier this year (see our review in the September “Hit List”).

Green passed away in, 2020, but his memory lives on in Vito’s artistry.

Are you a Peter Green fan, by chance?
(laughs) I got to see Peter with Fleetwood Mac and Danny Kirwan when they came to America in 1968. I saw them two nights in a row in a very intimate club. The first night was completely different than the second. It left an incredible impression on me. I’d seen everybody at the time – Jimi Hendrix, Jeff Beck, all the happening guitar players. I loved Jimi, but on a level with him was Peter Green.

What was it about his playing that you admire?
Taste and tone. I got to play his ’Burst, and it’s the most unique-sounding guitar in the world. Peter must have had extra mojo in his fingers, because nobody makes it sound like he did. He was an incredible band leader, a great singer, and a great songwriter fusing blues and rock. Songs like “Black Magic Woman” and “Rattlesnake Shake” were great, but it was his restraint that took hold of me. With most guitarists, the emphasis was on speed or volume. He could turn that on if he wanted, but he restrained himself. His tone was impeccable. There was never a note out of place or a bend too far. He was completely appropriate and tasteful for the song. That gave me a sense of direction. I always liked guitarists who were understated. Jesse Ed Davis and B.B. King come to mind. I thought, “That’s the kind of player I want to be.”

You certainly channeled him on “Love That Burns.”
That’s my favorite song to play. Like with my version of “Albatross,” I applied it to slide guitar, and it worked really well. It was a tribute to Peter, but I put a little bit of myself into it.

The concert is flawless.
The core band and I rehearsed for two weeks in Maui. I sang all the songs except for those Jonny Lang did. When we reconvened in London a week or so later, everyone else came to rehearse. We had three solid weeks of rehearsal, which really paid off. Everybody wanted to be a part of this and pay homage to the early Fleetwood Mac and to Peter. They checked their egos at the door.

I’d been playing that music for 10 years, so I knew the arrangements inside out. There’s nobody else who can play the kind of blues Mick Fleetwood plays. He’ll kick your ass. There were no slouches in that band. I loved playing with Billy Gibbons on “Dr. Brown.” He’s such a cool guy (laughs).

You played some really nice guitars.
I used two Reverends, including the first one I designed with them in 1996 – the two-tone pink and black Streamliner. It’s an art-deco thing, and I’m an art-deco nut. Reverend takes my art-deco ideas and refines them; I’ve had three signature models and there will be a fourth model in 2022. For the show, I was plugged into the back line, which included a Fender Blues DeVille. I used a very small pedalboard with a tuner, reverb, and an overdrive. The overdrive was made by Bob Stamps, who created the Stamps Drive-O-Matic. I’ve A/B’d it next to 20 different pedals over the years and to my ears it sounds the warmest and most natural.

One of the show’s highlights is you trading licks with Jonny Lang on “Black Magic Woman.”
He was supposed to sing part of that song, but he forgot (laughs). He was fiddling with his amp, and wound up taking over the song.

Are you working on anything new?
I have three albums in the can and I’m hoping to have one released early next year. Mick has another experimental project I might be a part of, so we’ll see.