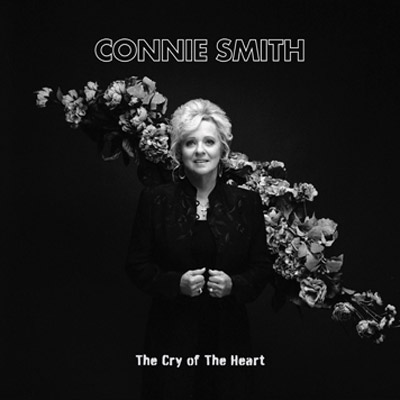 Connie Smith was an unknown in 1964 when her debut single “Once a Day” flew to the top of the country charts. In an era when slicker, less twangy Nashville Sound recordings were everywhere, Smith’s passionate, solidly traditional delivery – complete with pedal steel – set her apart. Still a powerful vocalist, she remains a force, often working with husband Marty Stuart & his Fabulous Superlatives, including guitarists Kenny Vaughan and Chris Scruggs.

Rip-roaring solos explode from Stuart’s records. As accompanists, he and the Superlatives, augmented by Gary Carter’s pedal steel, are masters of restraint as they surround Smith with a sound reminiscent of her classic records. The guitar embellishments on the aggressive “Look out Heart” and “To Pieces” are focused and effective. Carter adds powerful, sympathetic backing behind her expressive rendition of the Stuart-Smith ballad “Spare Me No Truth.”

Stuart and Vaughan play it low-key on the 1959 Kitty Wells hit “All the Time,” but inject a brief bit of their spaghetti-western twang on the swirling “Three Sides.” The backing turns acoustic and spare on her intense interpretation of Merle Haggard’s “Jesus, Take a Hold.” One of the few singers of her generation still active, Smith couldn’t have been in better hands.