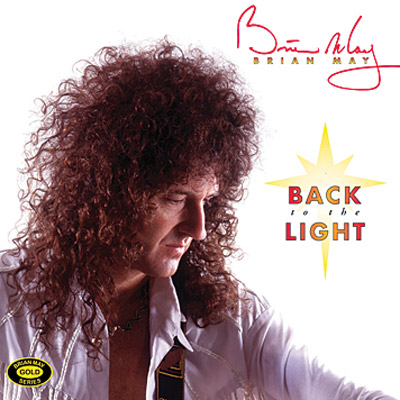 After frontman Freddie Mercury’s death in 1991, Queen seemed done and gone. But the following year, their resident guitar hero bounced back with this solo U.K. hit, now expanded into a two-CD set.

A formidable singer himself, Brian May delivers axe thrills galore, heard on the anthem “Back to the Light,” replete with fabled guitar harmonies. Drummer Cozy Powell pounds skins on the drop-D stomper “Love Token” and “Driven By You,” evoking the hard-rock pomp of early Queen.

The second CD, titled Out of the Light, contains live tracks and alternate versions including a Ford TV commercial using “Driven By You” (get it? – driven by you). The 1993 concert cuts start with a blistering “Tie Your Mother Down,” featuring GNR guest, Slash. Brian deploys laser-guided leads to the ballads “Too Much Love Will Kill You” and “Last Horizon,” while the iconic “We Will Rock You” brings down the roof. Freddie’s vocals are missed, but May’s epic riff and furious jamming are solid compensation.

Back to the Light contains perhaps one ballad too many, but when the Queen ace cranks up his Red Special and Vox AC30, it’s pretty damn exciting. As ever, Brian May will rock you.

Zac Harmon – From the Root