You might think Southern rockabilly would be the last style that could be co-opted by artists beyond America’s borders. But Italy’s Renzo Alberti, a.k.a. Albert Ray, has not only assimilated the genre, he’s made it his own. 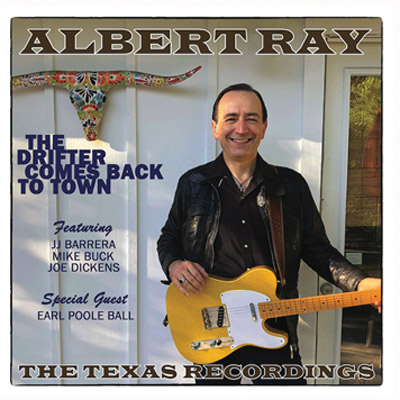 Alberti/Ray’s Tele achieves a warm tone, and he understands the jazz connection to rockabilly, with solo lines that go beyond pentatonic blues. He and Dickens trade solos on “My Girl,” one of a half-dozen solid originals, and there are impressive covers of the Sanford Clark oldie, “The Fool,” and Janis Joplin’s “Call On Me.”

Renzo’s vocals can’t escape his Italian accent, but it’s not distracting. It just reinforces that music is universal, and rock and roll is one of America’s greatest gifts to the world.