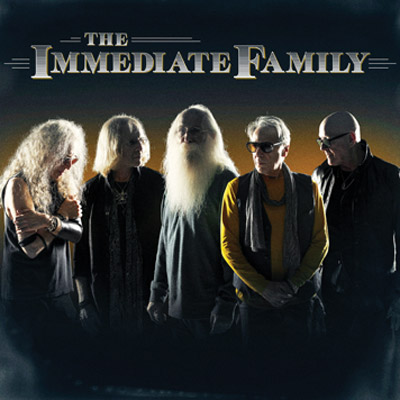 The Immediate Family is a follow-up to the EPs Slippin’ and Slidin’ and Can’t Stop Progress, featuring covers, originals, and a live version of the Jackson Browne/Danny Kortchmar hit “Somebody’s Baby.” Also included is a live rendering of the Warren Zevon penned, “Johnny Strikes Up The Band.” Their sound is rugged, pedantic, tasteful, and familiar. It’s a mature, California-rock affair, with heaping helpings of tasty guitar, old dude wisdom and, again, a Zevonesque aftertaste.

The Immediate Family acts their age, and performs with passion and respect for songwriting that speaks to the human experience.