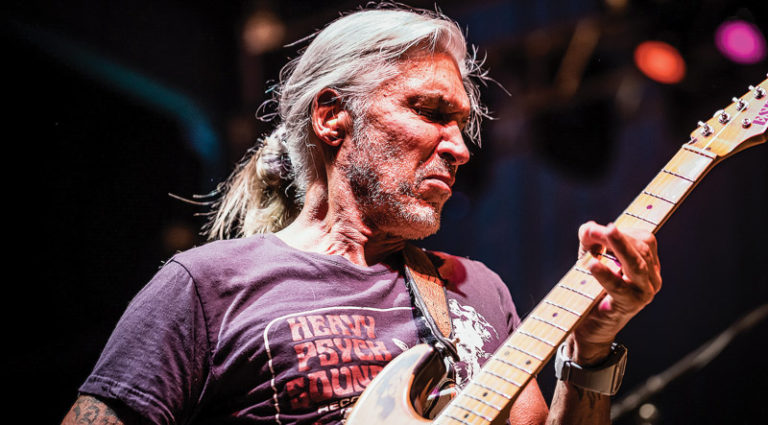 Seamless is George Lynch’s first instrumental album, which is especially surprising when you compare it to catalogs of ’80s shred contemporaries like Steve Vai and Joe Satriani.

Here, Lynch breaks from perceptions of his Dokken past to deliver multicolored sonic tapestries; his playing with bands like Ultraphonix and KXM proves he has never lived in the past. Despite this, he’s not preaching to the converted; he’s bringing the casual fan up to speed – and Seamless is his new business card.

With Eric Loiselle on bass and Jimmy D’Anda on drums, Furious George lures the listener with the seductive “Quiver.” It’s super-heavy and benefits from an expanse of guitar textures, heavy riffage, and out-of-the-box rockabilly-metal concepts. On “Cola,” Lynch whips out the wah as he funks out and burns over a relentlessly syncopated groove. “Octavia” is a clever pastiche of acoustic guitar, heaviosity and, naturally, Octavia – but it’s the blistering soundscapes and rich textures of “House Of Eternal Return” that rule.

Lynch enlists an abundance of toys and triple-thick killer rigs with taste, creativity, and sublime ideas. Seamless reminds us why Lynch continues to be a major force in heavy guitar.

John Prine: The Tree of Forgiveness