Bobby Zimmerman’s famed Bootleg Series has been of prime interest for alternate takes, outtakes, rehearsals, and never-released tunes giving a glimpse behind the mask. That’s all present in spades in this collection, covering the early-’80s albums Shot of Love, Infidels, and Empire Burlesque. 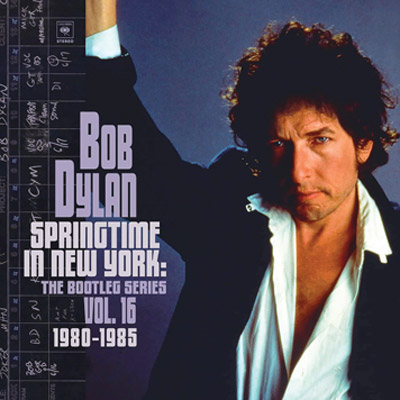 Of equal fascination is hearing more of the backing groups, including guitar masters Mark Knopfler and Mick Taylor, along with rock-steady reggae players Sly Dunbar and Robbie Shakespeare and guitarists Mike Campbell and Ron Wood. In Dylan lore, the Infidels band arguably vies to be second only to the Band.

These albums are often not faves with Dylan fans; “confused” and “over-produced” were typical review shots. But the alternate takes cast new light. The unreleased “Clean Cut Kid” is a rockabilly-esque gem, offered in two versions. The alt of “Jokerman” – Bob’s genuine ’80s masterpiece – is more relaxed, less commercial, maybe more Dylan than the single. There are scads of such enlightening tracks.

Does the release of such tracks call for a reassessment of these albums? Probably not. But Dylan aficionados – as well as guitar fans – will love this collection. Now if only a Bootleg release would cover the Dylan and the Band tour from ’74.