Barely two weeks before the release of Johnny Cash at Folsom Prison, the album that made him an institution, Cash, wife June Carter Cash, and the Tennessee Three performed for a crowd of 700 at San Francisco’s Carousel Ballroom. Already viewed as a kindred spirit by the city’s youth counterculture, Cash’s fan base included the Grateful Dead, as Bob Weir explains in the liner notes. 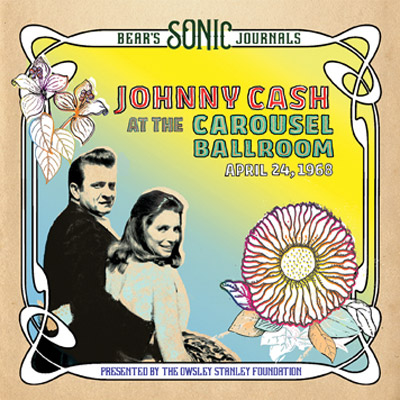 These recordings weren’t intended for release; Carousel soundman/LSD guru Owsley “Bear” Stanley taped shows purely for his personal reference. That’s why the Tennessee Three, including original guitarist Luther Perkins, are somewhat muted on the left channel, with Cash and his aggressive rhythm guitar more prominent on the right. Stanley nonetheless captured a freewheeling, vibrant Cash on the precipice of mainstream fame.

Jody Williams – Return of a Legend

Emmylou Harris – All I Intended To Be