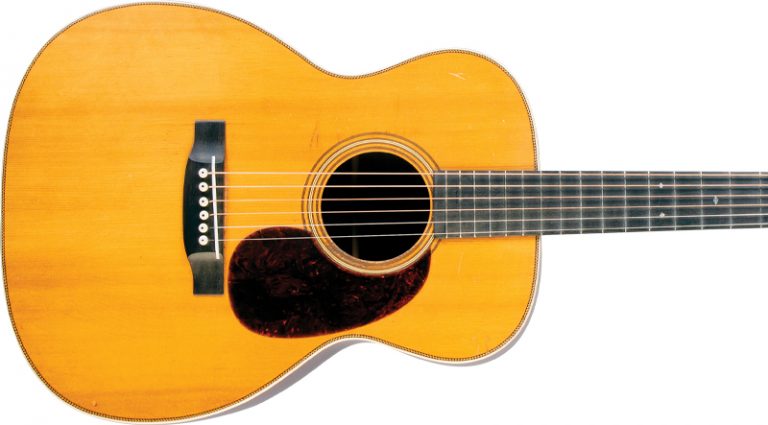 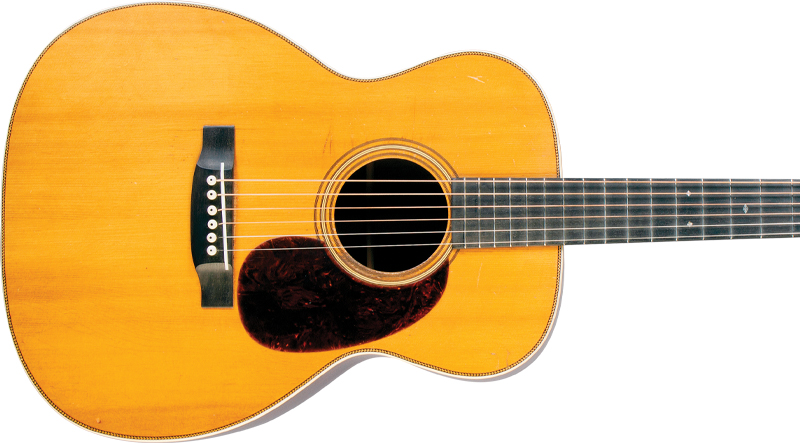 Martin Orchestra Model (OM) guitars made prior to World War II are some of the finest ever made for fingerpicking. That’s rather ironic, considering they were created specifically for flatpickers. • Much has been written about the OM-28, but some of that info, including how it was designed for Perry Bechtel, is a bit misleading. The real story is more complicated.

Guitars with 14-fret necks were hardly a new concept when the OM-28 was introduced in late 1929. All too often, the debut of the 14-fret neck on the OM has been portrayed as a marvelous innovation by Martin, when in fact the Gibson L-5 had one from its inception in 1923; the even earlier Gibson Style O had a 15-fret neck.

Bechtel (1902-’82) was a phenomenal plectrum-banjo player and jazz guitarist who performed with a Style O prior to ’29, so there’s little credibility in the idea Martin made a guitar with a longer neck simply because he was accustomed to playing plectrum banjo. And because he was an expert guitarist, it makes no sense to think he wanted a long neck to be more like a banjo, especially when he already had the Style O. By ’29, he certainly would have been familiar with the L-5.

Martin archives reveal another important factor was the development of the “Carl Fisher” tenor guitar (with 14 frets clear of the body), which preceded the OM by several months and was developed at the urging of Al Esposito, employee of New York City retailer Carl Fisher, specifically to keep customers Frank Victor and Frank Petrucci from purchasing Gibsons. The design eventually became the Martin O-18T, the company’s most popular tenor guitar.

Numerous documents in Martin archives prove Bechtel’s critical role in the development of the OM. But, his special guitar was created after the Carl Fisher model. Correspondence makes reference to Perry’s Gibson model O, initially asking for 15 frets clear of the body and a duplicate neck profile (neither request was granted).

When Martin designed the OM-28, it essentially based it on the 000-28, but shortened the body rather than moving the bridge to accommodate a 14-fret neck. The 12-fret 000 had a 25.4″ scale which was continued with the OM-28. In ’34, the OM designation was discontinued along with the 12-fret 000. Specs of a ’33 OM-28 are identical to an early-’34 000-28. By September of ’34, the 000 scale was reduced to 24.9″, a change that coincided with the introduction of modern-style frets with curved top and narrow tang extending into the fingerboard, as well as the T-bar neck reinforcement.

The earliest OMs have rectangular pyramid-end bridges, a feature discontinued shortly after the model was introduced. More-standard early OMs had banjo pegs, a small pickguard, and inlays at the fifth, seventh, and ninth positions; a larger pickguard appeared in March of ’31 and the first batch of OM guitars with Grover right-angle guitar tuners was produced in June. By late ’31, inlays started at the fifth fret and extended to the 15th.

The example shown here was part of a batch produced June 24, 1931, and conforms to specs of the period, with Adirondack-spruce top, Brazilian-rosewood back, sides and peghead overlay, a center back strip of “zig-zag” marquetry, celluloid tortoiseshell-grain pickguard (one of the first of modern size), multi-ply white-and-black (5/9/5) soundhole rosette, ebony “lower-belly” bridge with long saddle, white bridge pins with black center dots, mahogany neck with ivoroid heel cap, die-stamped logo on the peghead rear, open-back nickel-plated Grover tuners with metal buttons (first batch with them instead of banjo tuners), 20-fret ebony fingerboard (14 clear of the body) with slotted diamond inlays, single-ply ivoroid binding and herringbone trim on the top edge of the body, multi-ply binding with ivoroid exterior ply on the back edge.