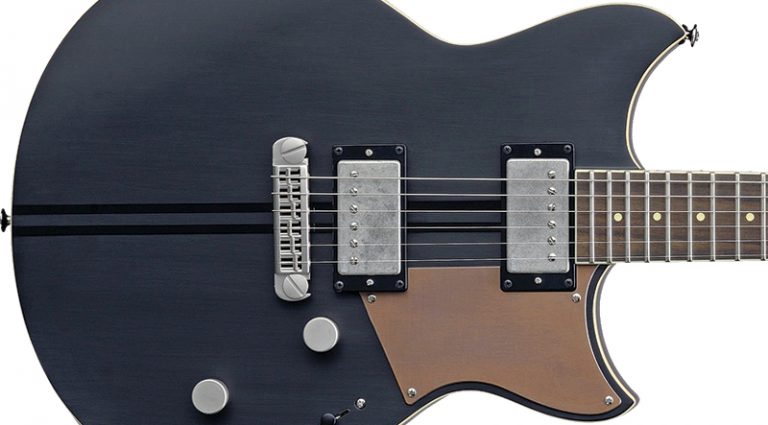 Having spent the last 120 years perfecting righteous guitar tones, Yamaha has set out to increase their coolness quotient. The design of their latest guitar line – the Revstar Series – was inspired by café racer motorcycles popular in 1960s London.

Made in Japan, the RSP20CR is a handsome retro machine with all the comforts of modern rock and roll. Bearing a slight resemblance to Yamaha’s classic SG2000, the RCP20CR has its own rugged thumbprint.

A push/pull Dry switch functions as a low-cut filter or EQ knob, allowing the player to roll off the bottom end of the guitar’s vintage-output alnico humbuckers. This result is single-coil or P90 flavors without the hum. Judicious use of the pickup selector’s three positions results in an abundance of smoky blues or heavy rock.

With a scale length of 24.75″ and a neck radius of 13.75″, its set-neck design, rosewood fingerboard, mahogany body, and comfort cut make the RSP20CR a breeze to manhandle. It’s slightly weighty, but the feel and access to the upper frets makes this the kind of guitar one could get lost in. With jumbo frets, die-cast tuners, TonePros AVT-II bridge, antique-finish pickup covers, and an anodized pickguard, it’s strikingly cool yet high-functioning.

Plugged into a two-channel half stack reveals a dark rustic countenance. Its warm tones and facile neck shape makes this an inspiring guitar to conjure favorite classic-rock riffs or modern blues soloing. The Dry switch is subtle but a nice touch when you need a P90 dialect. The pickups yield earthy grit with crunch, but clean up nicely to expose a bit of twangy nasality.

The Revstar RCP20CR is a super-cool guitar – an old soul with modern appointments. It rocks, it snarls, and its looks provide just the right amount of individuality.