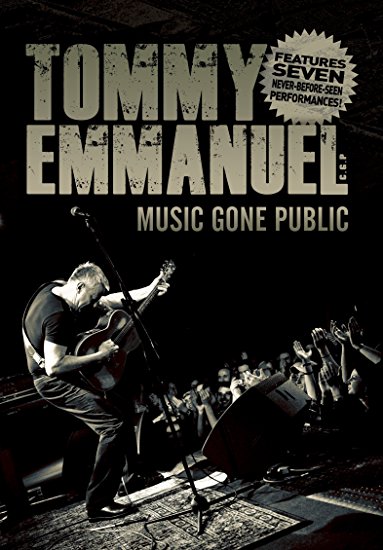 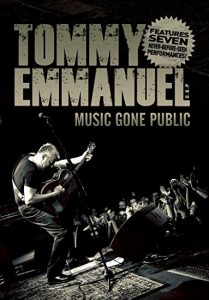 As the title suggests, this is a collection of performances pulled from several Public Television concerts Tommy Emmanuel has done, including some never seen before. It will come as no surprise to fans of the guitarist, or anyone who has seen him live, that there are some staggeringly good performances on the DVD.

Everyone’s aware of his chops and they are on full display on a stunning “Guitar Boogie,” a busy “Nine-Pound Hammer” that highlights how well he mixes all the elements of solo guitar, and a gorgeous “Somewhere Over the Rainbow” with its otherworldly use of harmonics.

Also featured are Emmanuel’s composing abilities on the regal and understated “Mombassa,” the wonderful “The Trails,” where the guitar also becomes a percussion instrument, and on the dramatic minor-key piece “Miyazaki’s Dream.”

Guests include Frank Vignola and Vinny Raniolo with Emmanuel on a swinging “Avalon” that showcases the respect and admiration the players have for each other and how much fun they have playing. Among the bonus features, these three players are joined by the wonderful Bucky Pizzarelli for a sublime “If I Had You.” A perfect ending to a perfect guitar DVD.