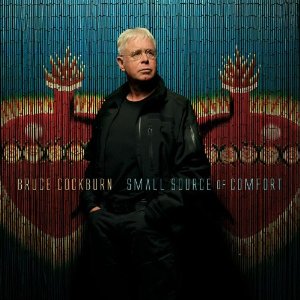 In more ways than one, American audiences are still catching up with this Canadian singer/songwriter. In fact, that tag illustrates how those of us south of the border are largely familiar with only one aspect of this multi-pronged talent.

His 2005 Rounder release, Speechless, revealed a side of Cockburn his Canadian fans were aware of since his early-’70s albums – his instrumental ﬁngerpicking. In fact, the highly recommended album’s 15 tracks mixed brand-new works with selections dating back across the 65-year-old’s impressive catalog, which now numbers 31 studio albums.

His earlier instrumental work sometimes found him in a Kottkeesque mode (a Canadian cousin to John Fahey’s school of “America primitive guitar”), best represented here on “Bohemian 3-Step.” He also offers the rolling, cinematic “Lois On The Autobahn” and “Comets Of Kandahar,” which he aptly describes as “Django meets John Lee Hooker.” Both feature Jenny Scheinman’s violin, as does “Parnassus And Fog.” The new-agey “Ancestors” is a bit like Will Ackerman’s “Processional” with extra ﬂourishes.

Cockburn’s ﬁngerstyle dexterity is equally impressive when backing his vocals, as on the opening “Iris Of The World.” Though there’s nothing as pointed here as “If I Had A Rocket Launcher,” Cockburn shows his acerbic side on “Call Me Rose,” wherein Richard Nixon is reincarnated as a single mother living in a housing project.

The poignant “Each One Lost” is an anti-war song that’s as much humanist as political, while the catchy “Called Me Back” is pure silliness, about waiting for a phone call.

A popular award-winner in his home country, Cockburn is at least a cult hero in America. If you’re not yet among the cognoscenti, you should check him out.