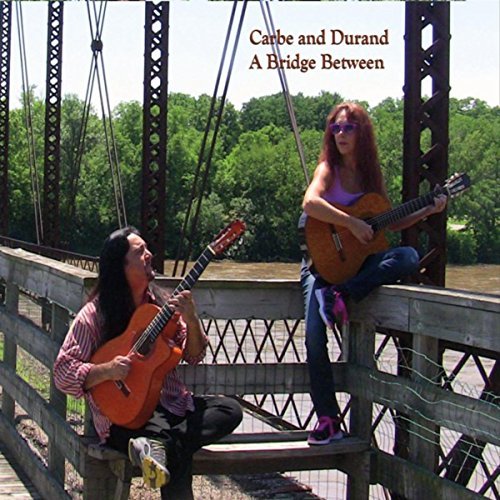 The combo of two acoustic guitars and what could be considered modern-day standards seems on first blush like a recipe for a pretty common record. With a duo as talented and imaginative as Liza Carbe and J.P. Durand, though, it’s not plain in any way.

The real beauty in this album, aside from the obvious talents of the duo, are familiar tunes getting a onceover. Not content to let “Blackbird” fall into acoustic cliché-land, they state the familiar melody, but then solo gloriously over it. Same goes for the old warhorse, “Scarborough Fair,” breathing new life into the song with rolling minor chords and punchy soloing.

They wind their way through familiar tunes like “Isn’t She Lovely,” “Wichita Lineman,” and “Paint It Black” in much the same way, infusing them with flamenco flourishes, dazzling improvisations, and emotional readings of the familiar melodies.

There are also several originals written by the duo that maintain the same integrity and surprise. The guitarists know each other’s steps and the melodies and solos in the original tunes are instantly memorable and hummable.

This album is one of the year’s surprise delights.