- Advertisement -
Home Music The Replacements – Tim, All Shook Down, Pleased to Meet Me 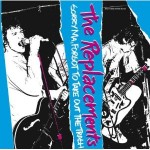 The final four Replacements LPs are back in deluxe style, thanks to Rhino. Accompanying the label’s re-release of the band’s first four albums and EPs earlier this year, the band has finally been done right.

Not surprisingly, there’s many more extra tracks available from this time period, running from 1985’s Tim through the band’s swan song on 1990’s All Shook Down. Outtakes, alternates, demos, and simply forgotten tracks are plentiful here; the last album is almost doubled in length with 11 additional tracks alone.

Best of the best are found on Pleased To Meet Me. Here are alt versions of “Alex Chilton” and “Can’t Hardly Wait” that Mats fans will swoon over. In addition, there are studio outtakes of the band romping through “Route 66” and “Tossin’ n’ Turnin’” that are worth the price of admission alone.

This article originally appeared in VG’s Feb. ’09 issue.  All copyrights are by the author and Vintage Guitar magazine.  Unauthorized replication or use is strictly prohibited.
The Guide