Home Music Lukas Nelson & the Promise of the Real 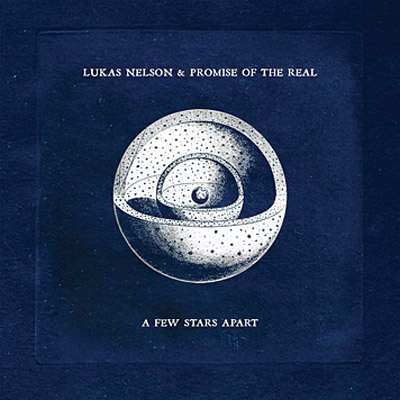 Lukas Nelson established his identity long ago. Yes, he’s Willie’s son; bits of his dad’s vocal phrasing occasionally surface, but he and this quintet also serve as Neil Young’s band, and their musical identity tilts more to Americana than outlaw country, amply manifested here. Inspired by the pandemic and return to normalcy, the songs blend both optimism and homecoming typified by the guitar-drenched “We’ll Be Alright.”

Nelson, the sole guitarist, proves a model of economy throughout. He sometimes downplays his work in the larger ensemble as he does on “A Few Stars Apart” and “More Than We Can Handle.” In other instances, he creates more prominent backing. Draping the stark “Leave ’em Behind” in multiple overdubbed acoustics, he injects keening, echo-drenched, upper register amplified leads near the end.

Terse amplified intros and outros bookend the ballad “No Reason” and layers of Petty-style jangling guitar drive the rocking “Wildest Dream.” For “Giving You Away” and “Hand Me a Light,” the most overtly country performance, he lays in carefully placed amplified punctuations alongside Logan Metz’s keyboard. The songs on this triumphant effort stand on their own and to his credit, Lukas Nelson, like Willie, knows exactly when not to play.