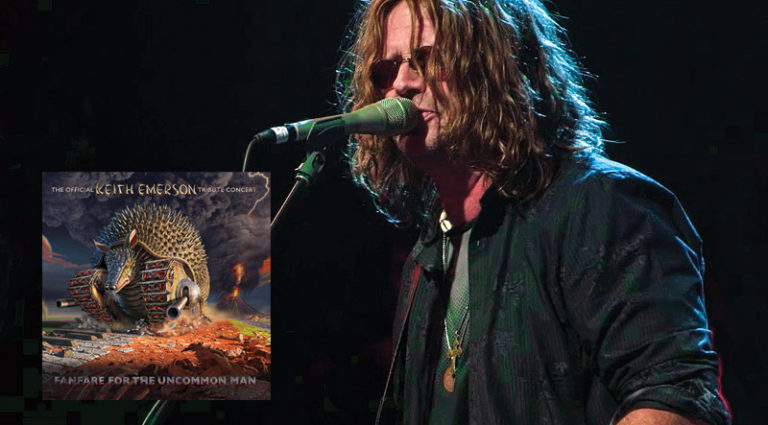 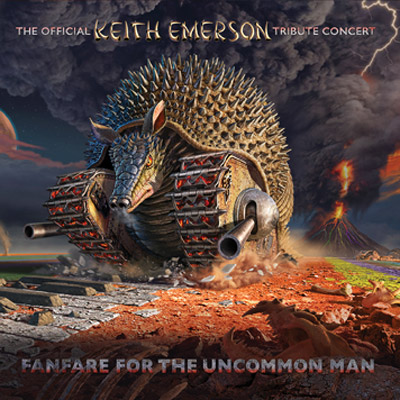 Five years ago, keyboardist Keith Emerson sadly ended his life, but a half-decade later, his work still resonates through the music of Emerson, Lake & Palmer, the Nice, and other collaborations. Keith also introduced a generation of rockers to classical music, pioneered electronic keyboards, and was a founding father of prog. In the spring of 2016, former Emerson guitarist Marc Bonilla organized a tribute at the El Rey Theatre in Los Angeles; the show featured that landmark music, with his friends as performers. It’s now available as a four-disc CD/DVD set, cleverly dubbed Fanfare for the Uncommon Man.

Bonilla handles most of the guitar and vocal duties like a superhero while guests Steve Lukather, Jeff “Skunk” Baxter, synth-ace Jordan Rudess, and drummer Vinnie Colaiuta crush it. Wild versions of “Tarkus” with Rudess, and “Lucky Man,” and “A Place To Hide” with Lukather are inspired tributes. Bonilla, Baxter, and the mighty Mike Wallace trade chicken-pickin’ licks on an exhilarating “Hoedown.” Heart-pounding versions of “Karn Evil 9” and “Fanfare For The Common Man” further illustrate that Emerson’s music will endure.