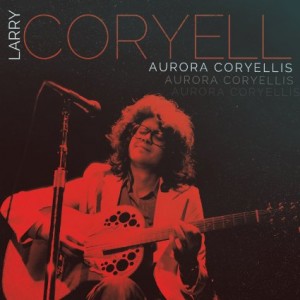 He’s the godfather of fusion guitar, and don’t you forget it. Chico Hamilton, Gary Burton, the Eleventh House, Alphonse Mouzon, the Guitar Trio – Larry Coryell was melding jazz, rock, and Indian music with his guitar way before it was cool.

This is a hypnotic three-CD package of unreleased performances showing Coryell in top form, with groups and an acoustic solo set. The 24 tracks display Coryell from the early 1970s to the early 2000s. The enclosed booklet features liner notes, photographs, and an interview with Coryell.

Disc 1 is a concert at the Jazz Workshop in Boston from ’72. Disc 2 is a ’76 acoustic performance from Clark University in Worcester, Mass., while disc 3 is Coryell at the San Jose Jazz Festival in 2002.

Aurora Coryellis is a historic thumbprint of a jazz-fusion pioneer. Its unadulterated Coryell in all his dexterous, harmonic glory.