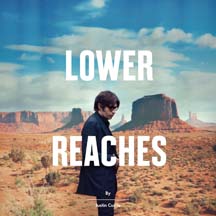 The creative team of bassist Justin Currie and guitarist Iain Harvie led the band Del Amitri through several personnel changes over the years. The group was similar to the tough, passionate bantam British bands like Steve Marriott’s Small Faces, the Hollies, and other working-class ensembles on the English club scene of the ’60s.

Currie’s now back with a new solo album, this excellent, somewhat dark followup to 2010’s The Great War.

Currie’s confident, romantic, grownup rock and roll has always shown the right amount of pop sensibility. His confidence with his material is apparent from the start, the mid-tempo-yet-urgent Dylanesque opener “Falsetto.” “Bend To My Will” opens with Ricky Ray Jackson’s steel guitar and David Garza’s tinkling piano that give way to soaring guitar of the kind that marked Del Amitri’s albums.

Del Amitri is woefully under-appreciated in the United States. With luck, the two-pronged approach of another tour and Currie’s top-flight solo output will change that.