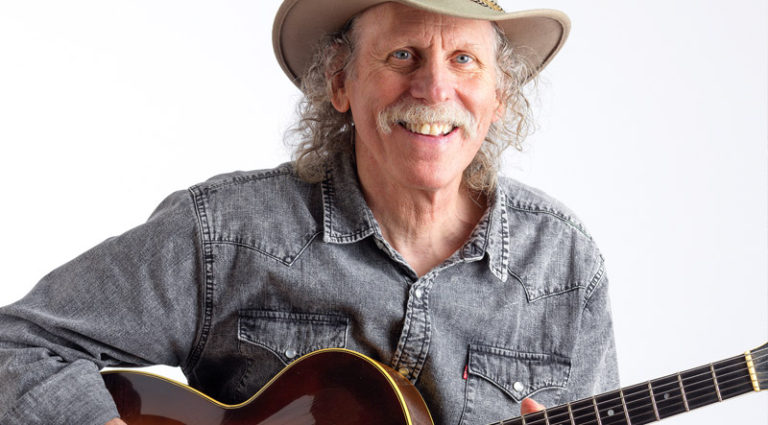 From 1957 to ’60, guitarist Barney Kessel, bassist Ray Brown, and drummer Shelly Manne recorded four LPs for Contemporary Records as a group called Poll Winners, a byproduct of each topping reader polls in Playboy and the jazz magazines DownBeat and Metronome. As a guitar/bass/drums group, they were a cutting-edge departure from the piano trio.

“We’ve been playing together for 40 years in ensembles, studios, and bands, and every one of us played with Barney, Ray, and Shelly, so it’s a very incestuous group,” Forman chuckled.

A young musician when they first met in the mid ’70s, Forman admits that Kessel’s stylistic impact on his playing was not huge.

“I was more influenced by other instruments – horns and piano,” he said. Nonetheless, he adds, “I always loved his playing and the way he swung so hard. I think that’s why Barney liked me; we got a lot of information from the same places.”

Impressed by Forman’s individuality, Kessel took him on the road. During those tours, Forman learned much about his storied career.

The Reunion! concept occurred to Forman several years ago, but acquiring Kessel’s 350 gave him the impetus to forge ahead, the intent being to project the spontaneity and humor of the original LPs through each player’s style while emulating the Poll Winners’ practice of working out songs during the sessions.

“I was very well aware of those records, how they arranged things super-loose (with) chords and melody lines and textures so it was very pianistic,” Forman said. “I made it very clear to the guys – and they didn’t want to do it, either – no transcribing, no copying. It was just taking their instruments and making music with them, in the same spirit of getting together and playing without a bunch of rehearsals or arrangements.”

Five Reunion! songs are Forman originals, including “Hammer’s Back in Town,” showcasing Hamilton; Clayton penned “BRS” (Barney/Ray/Shelly). Several were covers; Forman and Hamilton interjected a bit of “Malaguena” and a flamenco flavor to “Green Dolphin Street,” while on Kurt Weill’s ballad, “This is New,” Forman incorporated Kessel’s classic four-bar opening from Julie London’s 1954 vocal hit, “Cry Me a River.” He calls it, “The most famous thing Barney ever played. I imagined an arrangement where I could repurpose it in a creative way by paying respect to the most iconic thing he played.”

They honored Kessel’s admiration for the Count Basie Orchestra by re-creating the band’s 1955 hit version of “April in Paris” note-for-note (“No blowing, just putting our little stamp on it,” Forman said), and Clayton rearranged Brown’s instrumental “Gravy Waltz” with a new 4/4 intro.

The closing track, the Clovers’ 1959 R&B hit “Love Potion #9,” was based on a version Forman heard when a friend’s band played it. “I thought, ‘This is the exact kind of song Barney and Ray did!’ Through Barney’s career, there were funny little songs he pulled out of the pop can – ditties. Ray liked to do that, too. It seemed to me, ‘We gotta do this tune!’” Their arrangement honored Manne’s swinging, finger-snapping work on Peggy Lee’s hit version of “Fever,” Forman calling it “‘Fever’ meets ‘Love Potion #9.’

“John came up with his own bass line. It worked out really well and makes a great ending to the record.”

Despite approaching the material through their own eyes, Forman wanted to replicate the audio, though the original Contemporary Records studio in L.A. was long gone. Guitarist/friend Josh Smith volunteered his Flat V Studio in Reseda, California.

“He was so generous, and had old gear. We did two days, though I’m pretty sure everything on the record is from the first day. We played each tune once or twice, then moved on.”

To re-create the original mic setups, Forman turned to the son of Contemporary founder/owner/producer Lester Koenig.

“John Koenig sent pictures of the original sessions, so we knew which mics they used, how they miked the instruments, and how they set up. We didn’t copy that exactly, but we did get real close. That’s why it sounds so good. They used really interesting mixing techniques that also worked for us.”

Using Kessel’s 350 became a learning experience, particularly because of its Charlie Christian pickup.

“I had that guitar for only a month before I made the record. I was like, ‘Whoa! This has other things goin’ on!’ If we make subsequent records, people will hear how me and the guitar got to know each other better.”

With a strong response to the album, Forman, Clayton, and Hamilton, who each lead their own bands, may continue occasional performances (pandemic permitting), and possibly do another record.

“We’ve done a few gigs that have been really fun and exciting,” said Forman. “lt looks like we’re gonna keep going for a while.

“It just goes to show that if you have a good idea, stick with it. Don’t give up.”

Bruce Forman was becoming established on the San Francisco jazz scene when a promoter working with the legendary Great American Music Hall decided to book him alongside Barney Kessel for an evening gig. That night began a relationship that would last the rest of Kessel’s life. While Forman allows that Kessel “never treated me like a student, but more like just a fellow musician,” he learned volumes from the jazz legend. Here are Bruce’s top five kernels of Kessel jazz wisdom:

2) Play fearlessly and don’t be afraid to make a mistake! When you get an idea, it’s your responsibility to flesh it out and deal with eventualities.

3) Melody implies harmony and vice versa, and they both imply rhythm.

4) Motifs. Listen to yourself, build on what’s already happening.

5) Strategy. Be smart; arrange while you play, give yourself an outline, a goal, and a concept. Don’t just spew licks.

Rusty Russell contributed to this piece.