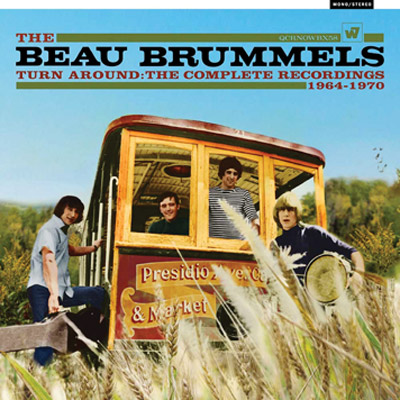 In the mid ’60s, this Bay Area band straddled British Invasion, garage rock, and emerging psychedelic sounds. More important, they cut some of the most sophisticated rock and roll of the time, thanks to lead guitarist/composer Ron Elliott, and benefiting from Sal Valentino, one of rock’s great voices.

The group also dipped into country music, covering Don Gibson’s “Oh, Lonesome Me,” complete with jangly guitar solo, and twisted the genre on “Just Wait And See.” Then they turned around and rocked out Jimmy Reed blues on “Ain’t That Loving You Baby.” Elliott’s name might not be whispered in guitar circles, but on the 12-string-packed “Don’t Talk To Strangers,” he out-jangled the Byrds.