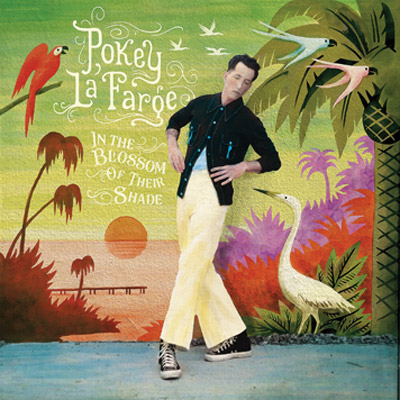 The 2020 pandemic left an impact on Pokey LaFarge, who was about to tour behind his newly released Rock Bottom Rhapsody. During the ample downtime, he wrote an album’s worth of new tunes, yet he didn’t stop there. Setting aside his trademark acoustic sound (inspired by swing, jazz, and folk) LaFarge cloaked them in a drastically different sound. While the feel remains retro, the arrangements and instrumentation are spare, ethereal, and guitar-driven thanks to solid work from Scott Ligon, Joel Paterson, and LaFarge himself.

Plugging in, LaFarge and Ligon head for the swamp on the raw, bluesy rocker “Fine to Me.” A smoother ’50s ambience surrounds his vocal on the fatalistic “Goodnight, Goodbye (Hope Not Forever),” framed by Ligon’s gorgeous, shimmering rhythm licks. LaFarge’s insistent rhythms kick along “Killing Time,” an engaging, upbeat country and doo-wop fusion.