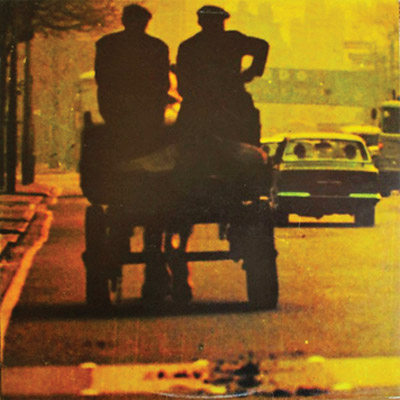 In 1974, Faces bassist Lane left the rat race of arena rock for the Welsh countryside and recorded his magnum opus. Remastered at Abbey Road and now reissued on vinyl with download codes, in what would’ve been Lane’s 75th year, Anymore for Anymore reveals Lane the polymath, turning in 11 masterful plays on country, R&B, rock, gospel, and music hall.

Often veering into the shambolic joy that became the Faces’ stock in trade – see “Bye And Bye (Gonna See The King),” driven by Graham Lyle’s bottleneck, or the roadhouse rave-up “Chicken Wired” – the true standouts are the Lane-penned classics like “Tell Everyone” and “The Poacher.” While the occasional saxophone, music hall chestnuts, and – wait for it – the oboe refrain on “The Poacher” may seem obtuse to American ears in the context of what is essentially a folk-rock album, there are more than enough guitars and mandos here to sate even the most pedantic.

Like Lane himself, Anymore for Anymore is charming, at once thoughtful and off the cuff, as the disclaimer on the sleeve would seem to indicate: “Any rumble on ‘Anymore For Anymore’ is wind in the microphone, please do not adjust your set.”