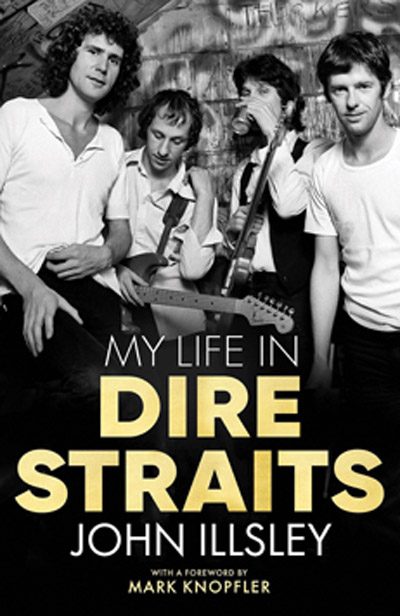 Illsley’s story is unusual in that the bassist and co-founder of Dire Straits survived rock superstardom better than most. John grew up in a conservative post-war English home, and eventually discovered boredom-killing rock and roll. While living in public housing, he met David Knopfler, a guitarist whose brother, Mark, sang, played lead, and wrote songs. In 1977, they formed Dire Straits and went on to conquer the MTV universe.

With plainspoken honesty, Illsley describes touring and recording routines, and how each wreaked havoc on members’ personal lives. He covers the Knopfler brothers’ painful falling-out during the recording of 1980’s Making Movies; they’re still estranged, yet Illsley remains friends with both. He chronicles the dizzying success of 1985’s Brothers in Arms, the massive tour for ’91’s On Every Street, and how he and Mark knew the band was reaching its end.

Many bass and guitar anecdotes are included; Illsley prefers the soft sound of old bass strings, and Mark’s distinctive Les Paul tone on “Money for Nothing” was achieved accidentally when the microphone in front of his Laney amp was pointing down at the floor. An absorbing history of an important band, one that intentionally flew under the publicity radar.