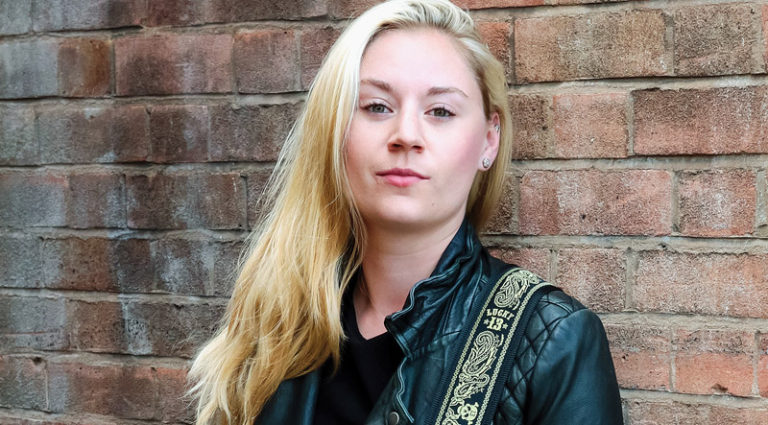 Why did it take so long for you to collaborate with Joe Bonamassa?
I like to keep work and friendship separate, but during Covid we had a chance to talk more. I told him I had this idea for a covers album. We started throwing out ideas we thought would work for my voice. Eventually, it became apparent that he was producing it.

I wanted to have fun with this because I was burned out from touring. I wanted to get back to it and enjoy it. If you’re not enjoying it, there’s no point in doing it. My plan was to make an album with my best friend, make an album I always wanted to make, and hope for the best.

What was your criteria in choosing songs?
We never spoke about it, but we were in agreement that we didn’t want to do “Hoochie Coochie Man,” “Sweet Home Chicago,” or “Stormy Monday.” The main thing was to do songs that meant something to me. I’ve always felt that if I don’t believe in the lyric, then I can’t do a good performance. If I’m not feeling it, I can’t make the listener feel something. That’s my job as a performer – to make them feel something, whether it’s good or melancholy.

Albert King’s “Can’t You See What You’re Doing To Me” was on my setlist back when I was a 13-year-old schoolgirl, so it’s nice to re-address it as an adult (laughs). I imagine it wasn’t the most authentic blues you’ve ever heard.

Little Richard’s “I Don’t Know What You’ve Got” is interesting because he didn’t do many ballads. It’s also one of the greatest vocal performances I’ve ever heard. Joe wanted to push me as a singer; blues, for me, is all about the vocal. B.B. King, Muddy, and Freddie were great guitar players, but they were also brilliant singers. B.B. could have been a singer if he hadn’t picked up the guitar. You sell a blues song through the vocals.

Did you use a single rig for the album?
That was one thing Joe was adamant about. We were going to pick one tone and use it for the whole album. I was more than happy with that because it’s the most-authentic way of doing it for blues. I’m also lazy and didn’t want to fuss around with pedals (laughs). It’s one less bloody thing to worry about.

Amps, I left it up to Joe. He knows more and has a vast collection. We set up a ’62 Deluxe and one of his Dumble Overdrives and plugged straight into my main guitar, which is a ’66 Esquire affectionately called Junior. We messed with mic placement and reverb, but it was two amps running at the same time, both pretty cranked.

What do you use on the road?
In the U.K., I use a Super Reverb. In the U.S., I prefer a Bassman. I normally don’t use new Fenders, but the new Bassman is pretty tasty. Tweed Fenders are my jam; I plug those into my Esquire, which I got when I was 15 and fits my tiny baby hands.

What’s it like to collaborate with Josh and Joe in the studio?
Joe is the crazy mad scientist running the ship in the control room, Josh is a laid-back chap. They complement each other very well. Josh was in the recording room with me, playing rhythm guitar and acting as musical director. Essentially, you have one producer in the control room overseeing everything and a second producer in the live room with the band. All the bases are covered. It took a lot of pressure off me so I could focus on my part. They both have a love for music and a strong work ethic. We’re all Stevie Ray Vaughan nuts (laughs). I’m playing guitar because of Stevie. Reese Wynans played keyboards on the record, so we had three Stevie Ray nerds in the studio, all scared to ask him questions about Stevie (laughs). It was awesome.

What’s on your schedule?
I’m doing a European tour with Devon Allman, Robert Randolph, and Eric Gales. I’m more than ready to hit the road. I’m driving all my friends mad!