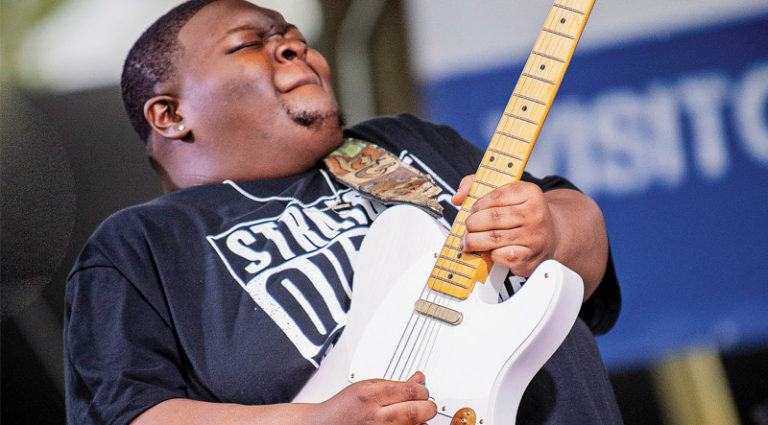 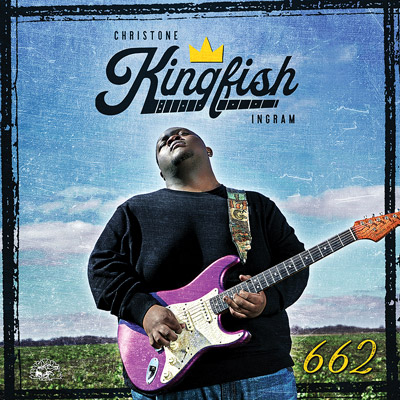 Christone “Kingfish” Ingram’s second album shows the 22-year-old prodigy in bloom with a flourishing musical maturity and compassionate world view. The album’s title bears the digits of the North Mississippi area code where Kingfish calls home, and its music is double-dipped in his regional bluesy style.

Kingfish’s composite vocabulary on guitar consists of B.B. King, Albert King, and Eric Gales, augmented by his youthful vigor and an unapologetically deep-southern vocal style. Both celebrating his heroes and demonstrating a contemporary vision of the blues, Kingfish is the ringleader of the new wave of blues-rock guitar specialists. Equally proficient in traditional blues and blues-rock, heavy cuts like “Long Distance Woman,” “My Bad,” and “Not Gonna Lie” are packed with highly flammable pentatonic magic. Kingfish knows his way around a wah and Tube Screamer.

Still, his sensitive acoustic-guitar approach on “You’re Already Gone” joins intelligent guitar phrasing with an emotional vocal delivery. Same goes for “Another Life Goes By,” where Kingfish plays clean with warmth, authority, and a sense of melody well beyond his years. The radio-friendly acoustic ballad “Rock & Roll” alone is worth the price of admission.