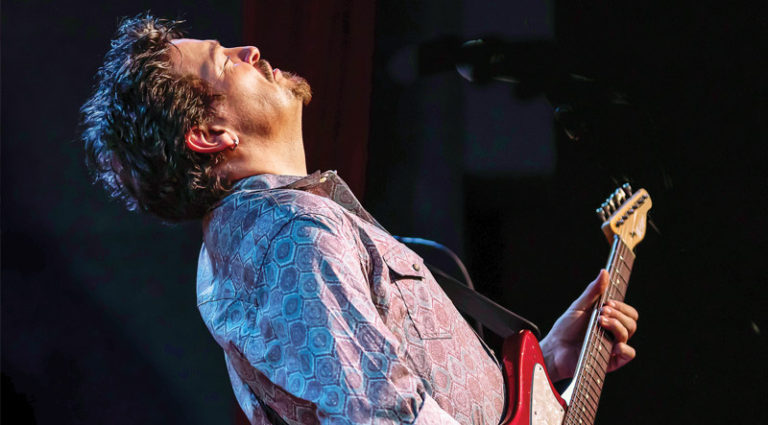 It’s obvious why guitarist Mike Zito’s 2020 album was titled Quarantine Blues, but he’s compelled to clarify the reasoning behind his new release being dubbed Resurrection.

“‘Resurrection’ was a song I’d been working on for years, and it seemed the perfect (album) title for many reasons,” he explained. “Yes, maybe there’s light at the end of all this, but I was also making the ﬁrst album on my own label, Gulf Coast Records. It doesn’t really have any songs that are pandemic-inspired at all. The title track is a love song.”

The album was produced by Grammy winner David Z, known for his work with Prince. While Zito utilized Z’s services on previous albums, they hadn’t collaborated in several years.

“David is a genius when it comes to mixing and sound and space and rhythm,” he said. “He has a way of taking the song and making it sound three-dimensional. He can take a straight-ahead rhythm part and move it around in a way that gives it a bigger purpose. I know that sounds heady; he just brings it to the front of the mix and the background at the same time. I don’t know what the hell he’s doing, but the guitars never sound ﬂat or two-dimensional when David mixes them.”

And Zito had a go-to setup for the album.

“I almost always use a Telecaster,” he said. “I have several – quite a few that I like from Mike Delaney at Delaney Guitars, and of course some Fenders. Nothing really old.

“Recently, I became aware of K-Line guitars and Chris Kroenlein, in St. Louis. He makes guitars just a few blocks from my childhood home, and made me a Texola, which is a Tele bridge with a mini-humbucker at the neck. The neck and headstock are Tele, but the body is offset like a Jazzmaster. It’s a really cool guitar and quickly became my favorite. I used that bridge pickup on 90 percent of the album.”

The delicate tones on “In My Blood” and “When It Rains” came from a rarely heard piece.

“It’s an old Harmony Stratotone a friend in Missouri sold me a few years back,” said Zito. “It has .013-gauge ﬂatwounds on it, and just sounds super dark and awesome.”

Asked to rank the three covers on the album – the Cale track along with a booming interpretation of Blind Faith’s “Presence of the Lord,” and “Evil,” by Willie Dixon – Zito has to give it some thought.

“I like them all,” he said, diplomatically. “My version of ‘Evil’ is actually a cover of a cover done by Luther Allison; I just love the groove. “Presence of the Lord” is one I’ve always wanted to perform, and now feel the spirit in myself to do so with purpose. But I think the J.J. Cale song is my favorite. I’m so enamored with his songwriting – his ability to tell a deep story with very few words and chords. I turned 50 last year and the song sums up my being these days. I really like playing blues licks over different chord progressions. It’s just a different vibe. I am always a fan of blues guitar licks over pop songs – like Clapton in the ’90s with Journeyman. I hope to work my songwriting in that direction.”

In May, Zito and His Big Blues Band finally got to play a small tour.

“That was great!” he enthused. “People were ready to be out again and their enthusiasm was pretty incredible. They were excited to hear new music and we were thrilled to be playing. I think the year off gave me and the band a chance to start over, musically. I had time to think about what I wanted to sound like and what I wanted to play – this album sums up both.

“We’ve been playing several songs from the new album live and ‘Presence of the Lord’ is probably the most popular and well-received.”

The road still beckons to Zito and associates, and he has vowed to “…tour as much as humanly possible. I miss the people and the loud music.”