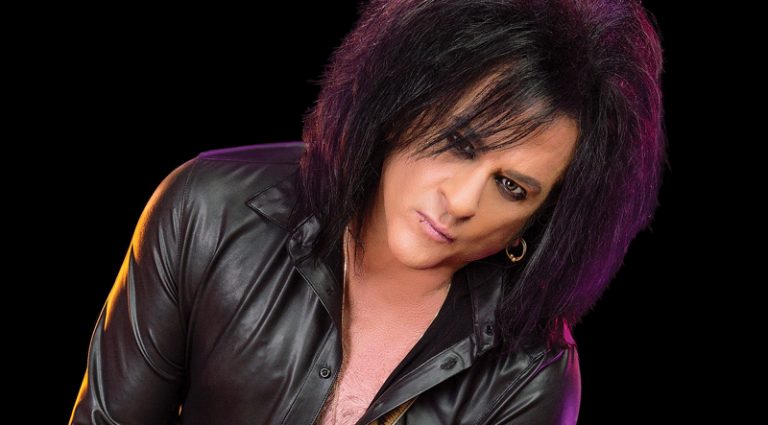 As Billy Idol’s longtime guitarist and songwriting partner, Steve Stevens’ unique approach – flamenco stylings and the occasional ray gun – have rocked stages worldwide for four decades. Throughout his career, he has also recorded and performed with Michael Jackson, Vince Neil, Robert Palmer, and as a solo artist, having just wrapped a successful European tour.

“Flamenco guitarist Ben Woods and I decided to go through my catalog and do the stuff people don’t get to hear,” he said. “Songs like ‘Top Gun,’ Michael Jackson’s ‘Dirty Diana,’ and tracks from my Flamenco A Go-Go record. About halfway through the show, we break it down and do a bunch of flamenco. It’s great for me because it’s a whole other side of what I do.”

Stevens developed a passion for flamenco at a young age.

“I started playing guitar when I was seven, and one of the first teachers that really made an impression on me was a flamenco guitarist. It’s another way for me to express myself and it’s something I do that’s different from other guitarists.”

In Europe, Stevens simplified his approach.

“It’s entirely different than the Billy Idol shows. I have a signature amp with Friedman; that was the only piece of gear I brought, apart from some pedals. So it was really stripped down and kind of liberating. With Idol, I have to re-create tones from a 30-year career, and songs like ‘Flesh for Fantasy’ requires a lot of processing and totally different guitar sound than ‘Rebel Yell.’

“I have a signature version of the Rockaway Archer overdrive pedal made by J. Rockett. Before, I’d find a boost that I liked, but I’d have to put a six-band EQ after it to carve out a curve that worked for me. So I asked J. Rockett if they could combine the two pedals, and that’s my overdrive. I also had a Digitech Whammy and a TC Electronic Alter Ego Vintage, one amp head and one cabinet.”

For his solo shows and the Idol gigs, the guitars remain the same.

“I use a Knaggs Severn, which has their proprietary vibrato system, and we’re on the third generation of my signature Knaggs, the Steve Stevens Classic. I’ve got a signature pickup with Bare Knuckle called the Rebel Yell, so my guitars are loaded with that. I also use my Les Paul Silverburst, which has late-’70s Gibson humbuckers.”

“Bringing him in allowed me to play songs or parts that I hadn’t played for the last 35 years,” said Stevens. “Now, I can replicate some of the overdubs and things live, which helps us sound much closer to the original recordings. I love having him in the band; it really frees me up.”

Idol is currently holding court with a residency at the House of Blues in Las Vegas. “It’s great because we play three shows a week and we’ve dug into the catalog to play some more obscure tunes and things we haven’t played in a long time. We’re doing ‘Daytime Drama’ from Rebel Yell, for example, which we were never able to replicate live. When we originally toured on that album, that song fell by the wayside because of all the guitar overdubs; once again, having Billy meant we can play some of these other tunes. We also do ‘Don’t Need A Gun’ from Whiplash Smile, but we’re doing kind of a flamenco version of it with nylon-string guitar.”

“When I was in the Vince Neil Band, we did six weeks with Van Halen, and Vince said ‘You have to do a guitar solo.’ I’m thinking, ‘In an hour, Eddie Van Halen’s going to get up there and do “Eruption.” I can’t compete with that.’ So I figured I’d do a nylon-string solo, and I’ve been doing it ever since. To Idol’s credit, he’s willing to let the band shine; he’s proud of all of us.”

This summer marks the re-release of the early Billy Idol records.

“We’ve remastered the first three albums with (original producer) Keith Forsey for vinyl, and I have to say, when I A/B’d the test pressings, it wasn’t even close. They sound the way these records were meant to sound.”