Home Music Jim Stringer And The AM Band 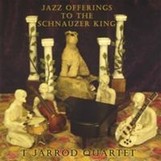 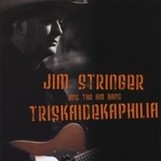 It’s a slight generalization, but if you’re going to make a living playing music for any length of time, you pretty much have to do one of two things: concentrate on one thing and make that your calling card, or be able to play anything and everything that will yield steady work.

In Texas, the latter is the norm – from sidemen who can seamlessly shift from lowdown blues to a polka (and do both and more convincingly) to leaders who synthesize all that “Texas music” implies (the ultimate example being the late Doug Sahm).

Jim Stringer isn’t a native Texan (as the saying goes, “It just took him a while to get here”), but he became an Austin fixture as soon as he hit town from Kansas City – and in a town where you can’t swing a dead armadillo without hitting a monster guitarist, that’s no small feat.

He quickly immersed himself in the scene as bandleader, guitarist, organizer, and head of his own Music Room studio and label. Not surprisingly, he invariably surrounds himself with similarly versatile figures from Austin’s fertile field of musicians, as illustrated on these two releases (one as leader, one as band member, both as producer/engineer) – one honky-tonk with an eclectic streak, the other small-combo jazz (something usually hidden in Austin’s nooks and crannies) with a late-night groove, occasional Texas twang, and elements of swing, both Western and Gypsy.

The CD with the unpronounceable title is all originals except for two tracks; a cover of “Rebel Rouser” that trades Duane Eddy’s Gretsch twang for a crystalline Tele tone, as Stringer quotes everything from the Andy Griffith theme to “Green Acres” faster than you can keep track (was that “Day Tripper” at the fade?) while Roy Glaze’s pedal steel takes the place of the original’s sax breaks, and “Come A Little Bit Closer,” the Jay & The Americans hit that makes a perfect border-tinged ballad in the Marty Robbins mold.

Speaking of versatility, Dave Biller (one of Austin’s best guitarists, cutting a swath similar to Stringer’s) alternates with Glaze on pedal steel, an instrument he’s a relative newcomer on – picking up more sessions all the time. Throughout, Stringer makes few if any concessions to Nashville sensibilities but (not surprisingly) sounds more true to “country music” because of it.

T Jarrod Bonta’s piano provides the perfect honky-tonk touch on Triskaidekaphilia; then he takes over as leader on Schnauzer King – his ease at shifting from country to cool jazz recalling another Austin keyboard great, Floyd Domino. Likewise, Stringer transitions to rich chordal backup and keening single-note lines in the vein of Herb Ellis or Barney Kessel (check out his warm but defined tone on “Nine Or Two Tens”).

On most cuts, there’s no hint that these jazzers might be wearing cowboy hats in the studio. The trick is that they have that added spice to summon – which is never a hindrance, always a fresh addition.