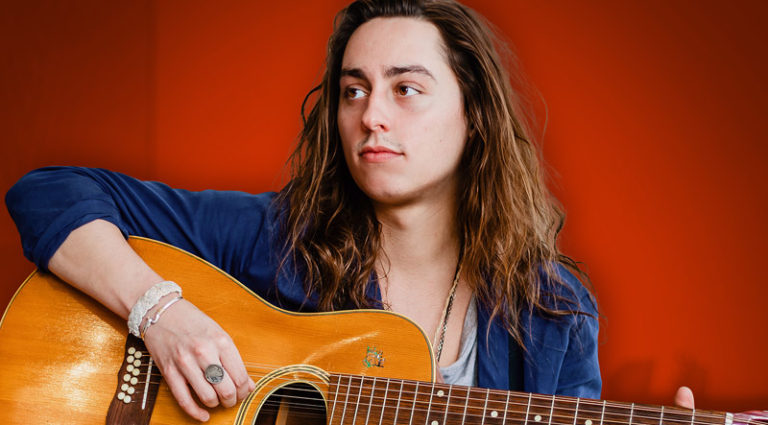 “Rock and roll is a young man’s game.” Once upon a time, it was the genre’s calling card. A half-century later, though, young bands playing bombastic guitar rock often trod to gain acceptance from the very crowd that so stridently preached. Witness: Greta Van Fleet.

The foursome from Frankenmuth (Michigan) emerged in 2017, offering art that harkened to rock’s golden age. The reception was good – mostly – but they also faced a raft of comparisons and criticism. Nonetheless, their first full-length album, Anthem of the Peaceful Army, sold a chart-topping 80,000 copies its first week. In 2018, they were nominated for four Grammys – Best New Artist, Best Rock Performance, Best Rock Song, and Best Rock Album (their EP, From the Fires, won the category).

The latest from the Kiszka brothers (Josh on vocals, Jake on guitar, Sam on bass and keys) and drummer Danny Wagner, The Battle at Garden’s Gate, was released in mid April. Last month’s “Hit List” review noted the album melds an array of styles into songs about love, materialism, and modernity.

We caught up with Jake to learn how his now-road-hardened crew crafted new music amidst unfamiliar surroundings in challenging times.

There’s a different vibe to The Battle at Garden’s Gate, stemming in part from two years of touring the world and what you’ve learned as musicians. How did it affect the music?
I guess in the way some of the songs came together and how they share different stories to a certain degree. A portion were developed from themes that we’d put together during live shows. Another portion was stuff we had on the shelf for a while; we’d dust it off and repurpose it. Some was written in the studio, or right after we left the studio at night – that was certainly different. The overall idea was to craft a cinematic rock-and-roll album.

Did recording in L.A. have a different influence compared to Nashville, where you did Anthem of the Peaceful Army?
Environmentally and geographically speaking, yes, Henson Studios and Hollywood definitely contributed to the album – the warm weather and palm trees. And we were staying in Laurel Canyon, which is a musically historical area. That was inspiring. Anything we create has some sort of influence based on environment. But it was all just very different, especially the pace of life for that month of recording. The people and culture of L.A. imbued our work a bit.

The band pushes itself to be forward-moving, creatively. How does that manifest in the new music?
Well, we wanted to create something that was dynamic and very dense. And of course we wanted to capture our musicality and those aspects of our live performance. The songwriting is also more dynamic. That’s definitely reflected.

How do songs come together for the band?
We’ve always operated as a four-piece, where everybody writes or contributes. Josh crafts the lyrics, but every once in a while he and I write them together. The majority of guitar parts are myself. We all dabble in keys, but that’s really Sam’s world, as is the bass. Danny brings all of his influences to every song, and we have minor influences on each other; it can function as, “Hey, try this,” or “Do this differently…” We try to inform the other person. That either works or it doesn’t (laughs). But we start by considering all the possibilities, together.

Which guitars did you use most?
Oh man, it was fun! There was a lot of stuff I got to play around with. I used my ’61 Les Paul a lot. There was a ’60s sunburst Stratocaster that I used on “The Barbarians” and other stuff. There was a ’62 Telecaster I did a lot of overdubs with. And there was an Epiphone Casino.

One really interesting guitar was lent to me by a friend – a factory-black ’59 ES-335. I think there are five or six known, and it was really amazing. I used it a lot; the electric parts in “Broken Bells” are that guitar.

The 12-string acoustic parts were played on a doubleneck España, which is a really interesting guitar – 12-string on top, bottom is a six-string. There was also a ’64 Epiphone Texan FT-79, which is really cool because the neck is very much like my ’61 Les Paul. And of course, I used my J-50.

Which one do we hear going into the last solo of “Broken Bells?”
That’s the España’s 12-string neck. It has a jumbo-sized body and bigger sound hole.

Did it play pretty well?
It did, yeah! They didn’t make a lot of them and they’re not that expensive. I found mine walking through Chicago Music Exchange; David Kalt showed it to me. I’d been looking for something like it, and when I saw it I was like, “Yeah, that’s perfect!”

You hadn’t used a Strat on previous recordings. What brought it on this time?
I wanted to use the vibrato on (producer) Greg Kurstin’s Strat for “The Barbarians.” It’s a ’60s one and sounded great.

What’s the neck shape on it?
Pretty standard, between thick and thin – not baseball-batty like a Telecaster. I was pretty comfortable with it.

Did the ’62 Tele have an old-school neck shape?
It did, yeah – it’s a Frankenstein, but the neck was stock, with a bit of a triangular/V-shape toward the headstock.

Which amps did you use most?
We had fun with the amps, too. It was mostly the Bletchley Belchfire 45 and my Marshall Astoria. We had all kinds of cool cabinets, and I used more Fender amps on this album than I have in the past – a tweed Deluxe, a ’65 Deluxe Reverb, and we had two Champs – mine, and Greg had one, so we stereo’ed them a lot, which was really cool. One standard is my ’60s Vox AC30, which I always have in the studio. It’s a great amp.

Are you changing them from song to song?
It varied based on the guitar I was using, or the song itself. It’s always, “Which one’s going to serve the song.” There was a lot of toying around and for each song it was a completely different approach. I’d play around with amps and settings to get what I was hearing in my head. It was all sorts of different things.

I was almost always pairing two amplifiers. If I needed to bring in a third, it would be just to affect the tone in a certain spot. We used a cleaner guitar through a cleaner amp setting for a lot of the dubs. I’ve tended to always add cleaner guitar over the top of things.

Did you experiment much with effects?
Yeah, once we had the basic bones of a song, we played around a bit. We had a Space Echo, an Echoplex – different tape machines. There was also Fender reverb unit I used through the entire thing, unless we were using the reverb plate built into the studio wall. Henson has a room in the back – a separate little building, made out of cement. That’s their reverb chamber. It has just an old speaker and some mics in it. For the solos in “Broken Bells” and “Built By Nations,” we took a Space Echo and printed the guitar over that, kind of stereoing it. We did a lot of work with that; on “The Weight of Dreams” if you’re listening on a stereo system or with headphones, you’ll hear the guitar move through it or the reverb do some cool stereo thing.

Are there certain songs you’re especially looking forward to playing live?
We’re just really excited to play. We never play something live the same way, nor is it going to sound like the studio recording. We do a lot of interesting, cool things live and everything has a translation or evolution.

I’m particularly excited about “The Weight of Dreams” because there’s so much space to sprawl out and play around; there are improvisational aspects to it – a lot of jamming. I like walking onstage and getting everyone’s rocks off right away, and I like the shorter kick-down-the-door songs; “Built By Nations” is going to be really fun. That seems like a show-starter.

I imagine “The Weight of Dreams” will fall in the arc of the set, and “The Barbarians” is really fun for everyone because it’s very different. I dig the riffs and the way guitar is paired with the keys. We had to work on that for quite a while, and now it’s really fun; it could finish a set. “Stardust Chords” will be cool. They’re all fun to play. It’s a good situation.

How much are you looking forward to getting back out on the road?
More than anything! That’s our strength, as a group; we’re very much a live band, and to not go out has been a bit upsetting, though we’ve been able to turn our attention, creatively, to things we haven’t been able to do in the past because of non-stop touring. But yeah, our sole purpose is to go out and play live shows.