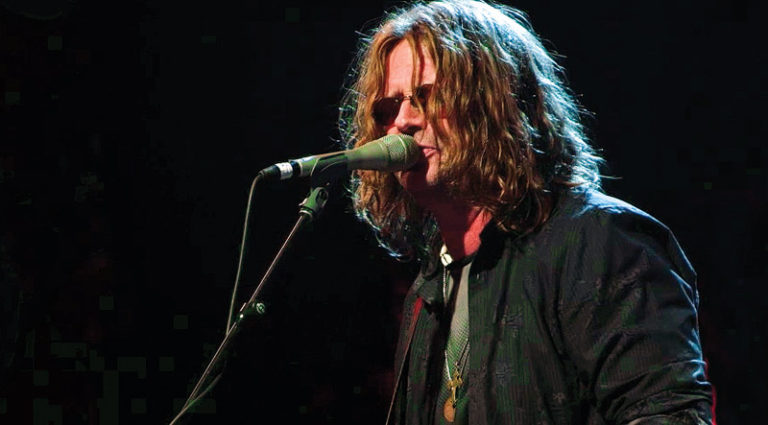 On March 11, 2016, keyboardist Keith Emerson took his own life. He was 71 and left a legacy of groundbreaking music that brought together the worlds of rock and classical. In May of 2016, a tribute concert was organized by guitarist and bandmate Marc Bonilla, featuring Emerson’s music with guests Jeff “Skunk” Baxter, Jordan Rudess, Steve Lukather, and Vinnie Colaiuta. Bonilla not only spearheaded the event, but played the lion’s share of guitar.

The show is now available on CD/DVD as The Official Keith Emerson Tribute Concert, with all proceeds going to The Keith Emerson Memorial Fund at the Dystonia Research Foundation. Bonilla sat with VG to share how it came together.

What gave you the idea to do this?
When Keith passed, his girlfriend, Mari Kawaguchi, called me at 3:30 in the morning. She said, “Keith just shot himself. He’s dead.” I went numb. The family called about a week later and asked if I could put together a tribute. So, we asked Keith’s friends and people he worked with. I reached out to guys who I thought could really bring it. They all left their egos at the door and became servants of the music.

I asked, “What songs by Emerson, Lake, & Palmer would you like to play?” Surprisingly, they all chose different things. A lot of the setlist was dictated by the players. I salt-and-peppered the rest of it. Everybody came to pay tribute and all the money went to Focal Dystonia, the nerve disease Keith suffered from. It affects a lot of musicians, and they don’t even know what it is. There’s so little research. We wanted to bring awareness and help the musician community.

The level of musicianship on stage is staggering.
It was an adventure for everybody. When I asked the guys, they said, “Absolutely! Whatever you need!” Then they hung up the phone and said, “What the hell did I just commit to (laughs)?” Jordan Rudess, from Dream Theater, was pacing back and forth before going on because he was nervous, thinking maybe he bit off a little more than he could chew. But they all rose to the occasion. It also gave the musicians a chance to push themselves outside of their comfort zone, and that’s always a good place.

One of the highlights is you playing “Hoedown” with Jeff “Skunk” Baxter and Mike Wallace.
I said, “Let’s really roll this thing if we’re going to do it.” It was completely off the cuff. We were just going with the flow of it. It’s like Skunk said, “There’s nothing like a musician who listens.” The number one thing is to listen to what’s going on. You can tell how much fun we were having because Skunk got off his stool. Skunk never gets off his stool (laughs)!

Lukather fit in seamlessly.
Lukather is one of those players who knows how to listen and how to inject what a song needs. The solos he played on “A Place To Hide” and “Lucky Man” were beautiful, and so lyrical. He’s a master at technique, but he played these eloquent lines that flowed with the vocals and took it to a new level. He told me, “I’m here for whatever you need. I’m here to play or not to play.” I surrounded myself with all of this talent and got out of their way because they knew what to do.

The show has something for everybody.
There were so many styles being covered – jazz, rock, country, classical. Keith covered so many styles, and it shows the breadth of his influence. He introduced classical themes and melodies to the rock world, like “Pictures at an Exhibition,” “Fanfare for the Common Man,” and “Toccata.” You hear that and think, “Hey, that’s Emerson, Lake, & Palmer!” But it’s not. He made classical music hip and showed the possibilities between the two worlds. He always had a sense of humor. I don’t think his impact is fully recognized.

What was his biggest impact on you, personally?
He was so humble and self-effacing. It was a great experience, orchestrating with him and opening up ideas in areas where I wouldn’t have gone. He opened up a lot of doors for me and enabled a lot of people to see what was possible in their own ability – and to pursue those ideas without fear. He was a pioneer.

Any chance of taking this on the road?
It would depend on who’s available. When we did this thing, Mars and Jupiter lined up, but I’ve been told there’s an offer. I would love to do it.