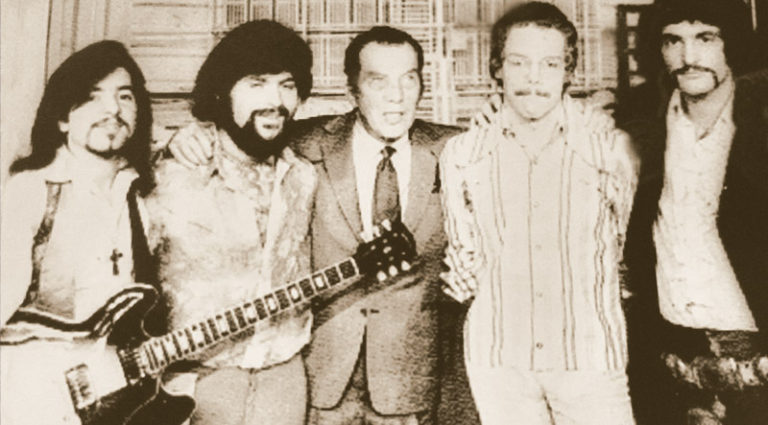 Rock fans recall the New York quartet Vanilla Fudge for its dramatic reworkings of pop hits; the band melded classical influences with solid musicianship in the first steps toward the offshoot now known as “progressive rock.”

“We were pioneers navigating uncharted waters,” Martell recently told Vintage Guitar. “Bombastic drums locked with a solid bass that ventured onto jazz-like tangents created a solid foundation for the guitar to layer trippy, melodic riffs and phrases to complement the Hammond chords and lines.”

Early in their career, the band was helped in the studio by renowned producer Shadow Morton.

“The first three albums were basically our arrangements, which Shadow refined with us,” said Martell. “He was the visionary who tamed our wilder tendencies and channeled them into a powerful, united musical body.”

Each Fudge album had a degree of cohesiveness; the 1967 debut was entirely covers, including a version of the Supremes’ “You Keep Me Hangin’ On” that peaked at #6 on Billboard. The Beat Goes On was a concept album about world history and included an ambitious medley of Beethoven’s “Für Elise” and “Moonlight Sonata.” Renaissance concentrated on original material, and Near The Beginning had two covers, one original, and a side-long tune on which every member was given a solo. The latter was self-produced.

“It’s fair to say Near The Beginning is a microcosm of the Vanilla Fudge,” Martell said. “We were evolving as people and musicians. We were more experienced in studio production and performing live. We knew what we wanted the project to be.

“LSD and hash also played a role in how we played, thought, and wrote,” he added. “We would deconstruct tunes like ‘Some Velvet Morning’ and ‘Shotgun,’ piece them back together, and bring the monsters to life.”

The opener, a raucous cover of Junior Walker and the All-Stars’ “Shotgun,” is a one-chord stomp that demonstrated the Fudge could rock without artsy embellishment, and offers a definitive example of the band’s choir-like vocal harmonies. It also showcased Martell’s wah. 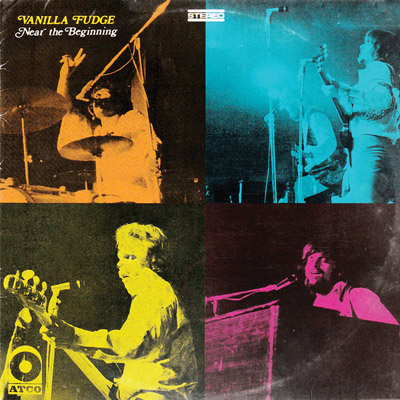 “‘Shotgun’ was a wahfest – and wah first – for me on a record,” the guitarist recounted. “I’d used wah live several times. After touring with Hendrix and listening to his wah, I thought it would sound cool on the Junior Walker cover.”

On the other hand, “Some Velvet Morning” epitomized the Fudge approach. A hit for Nancy Sinatra and Lee Hazlewood, it was re-tooled with a mysterious intro that explodes into roaring power chords. Lurching to an abrupt stop, the mood then shifts dramatically to ethereal vocals (including harmonies once again), though the power chords return between verses.

The lone original, “Where Is Happiness,” earns the “psychedelic” tag thanks in part to reverb-drenched single-note bends from Martell.

“The eerie intro is like walking through a haunted house; you don’t know what lurks at every turn,” he said. “We wanted it to take unexpected directions like the frenzied pace into my trippy solo with dreamy, exotic, East Indian psychedelic sounds.”

The side-long “Break Song” was recorded live in late ’68, at the Shrine Auditorium, in Los Angeles. It, too, emphasized the band’s hard-rock capabilities.

Though Martell favored Gibson ES-335s at the time, he used a sunburst L-5CES on the live track, and described controlling feedback from a hollowbody as “…all part of the fun.”

His solo on “Break Song” is anchored by a blues riff, and Stein dabbles in the same genre, while Appice’s drum solo is relentless. Bogert’s bass solo stands as one for the ages with string bends and muted jazz picking on his Fender Precision with a Telecaster Bass neck. When his Mosrite fuzzbox kicks in, the turn becomes a firestorm of distortion.

“Tim’s fuzz was groundbreaking for bassists,” Martell averred. “It was a guitar gizmo, and to hear a bass dressed in distortion was innovative and cool.”

On February 2, 1969, Vanilla Fudge performed “Shotgun” on “The Ed Sullivan Show” as a preview to Near The Beginning, which was released later that month. Martell played a sunburst 335.

“That was the guitar on which I felt most comfortable,” he said. “It brought a rich, fat tone and coloration to the music. The semi-hollow design, coupled with a loud amp, was capable of producing unpredictable sustain.”

Vanilla Fudge recorded one more album after Near The Beginning before disbanding. Many cite the band’s first album as its most-vital work due to its genre-busting style, but Near The Beginning stands an unintentional anthology of late-’60s musical innovation.