Home Music Looking to Get Lost: Adventures in Music and Writing 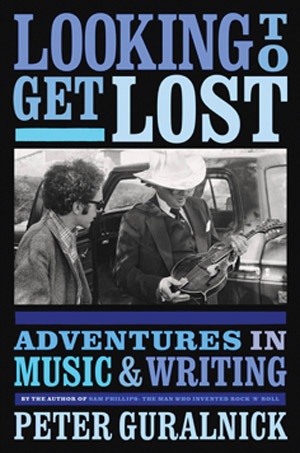 This anthology revisits a number of artists – most now deceased – he profiled in the past, elaborating on their lives, musical legacies, and his relationships with them. Guralnick also offers invaluable insight to his creative process, particularly his preparation for interviews. The son of a respected oral surgeon, he explains how empathy for those he’s profiled parallels a physician’s use of empathy to diagnose a patent’s illness.

VG readers will find enlightening chapters on Delta blues great Skip James, Howlin’ Wolf, Lonnie Mack, Chuck Berry, Johnny Cash, Merle Haggard, and many more revealing much about their creative drive and perspectives. Particularly powerful is a 1990 Q&A with Eric Clapton, yielding deep insights into his lifelong relationship with the blues and the iconic bluesmen he emulated, recorded, and performed alongside.