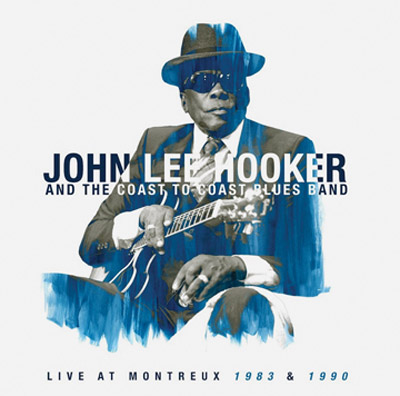 The early ’80s weren’t a high point of John Lee Hooker’s career. Demand for all blues – including his Mississippi hill-country music – had eroded and record deals were scarce.

None of that mattered when Hooker played the Montreux Jazz Festival in July, 1983. Before an appreciative Swiss audience, the 65-year-old Mississippian did what he did best – eschew traditional 12-bar blues and soaring vocals for a mesmerizing single-chord groove and hypnotic baritone chant.

Key cuts are here, including “Boom Boom,” a quintessential representation of Hooker’s percussive, driving guitar work – with the boogie interrupted only for short bursts of punctuation. The set’s highlight, meanwhile, is the venerable “Boogie Chillen,” a show-stopping jam featuring guitarist Luther Allison.

A hot set from 1990 completes the package, showcasing songs from the guest-laden 1989 album, The Healer, which catapulted Hooker back to prominence – and put his music before a new generation of listeners.

While Hooker began the ’80s with uncertainty, he finished the decade on top of the world. This live release captures an artist in transition, but one whose blues vision remained powerful and uncompromised, regardless of commercial standing.