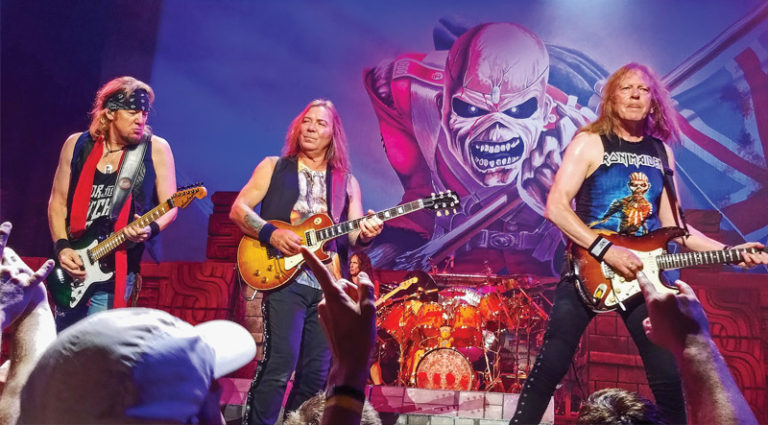 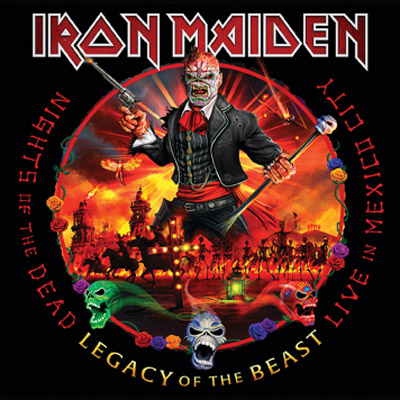 From the 2019 tour, this two-CD live set from Mexico captures the British metalers in top form, four decades after their debut. Guitarmen Dave Murray, Adrian Smith, and Janick Gers unleash torrents of power chords and licks on their trademark Strats-with-humbuckers atop Steve Harris’ churning bass. Frontman Bruce Dickinson can still dazzle with his vocal range – the guy is past 60, yet belts out high notes like an operatic tenor.

The album kicks off with “Aces High,” their tribute to brave pilots in the Battle of Britain, while “2 Minutes to Midnight” reveals the Thin Lizzy-meets-UFO paradigm that became the band’s sonic signature. All three guitarists are wickedly tight, remembering every riff, harmony line, and chord with effortless precision – just imagine how many parts they have to remember for a typical Maiden gig.

For fresh material, the sextet brings back “Where Eagles Dare,” rife with Murray’s pentatonic shred and complex harmonies. Rarities include “Flight Of Icarus” and “The Clansman,” where Smith grabs a Les Paul Custom and Harris, a Fender Kingman acoustic bass for the dramatic midsection. While Nights of the Dead isn’t the only Maiden live album, it’s all killer, no filler.