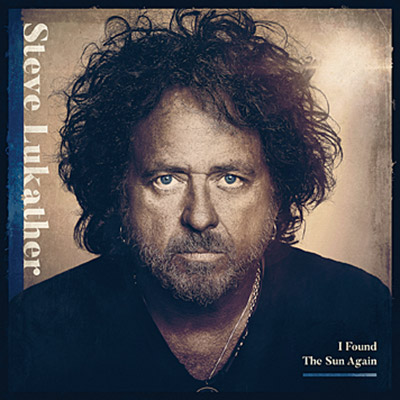 “Along for the Ride” has a repeating, sparkling fill and a rich, liquid solo. The slow funk of “Serpent Soul” lyrically addresses the Toto lawsuit. The excellent, jazzy instrumental “Journey Through” finds Lukather’s guitar more aggressive in attack and tone than his early studio work. The title track glides on an uplifting guitar melody and a warm, relaxed solo. The sunny, pop-flavored “Run to Me” features Luke’s sometime-boss Ringo Starr on drums.

Traffic’s “The Low Spark of High Heeled Boys” sounds like a super-talented garage band with Lukather taking a two-minute solo. Joe Walsh’s “Welcome to the Club” is rife with licks and solos. Robin Trower’s “Bridge of Sighs” re-creates the psychedelic feel, and torrents of shredding ultimately unspool. But three covers? Perhaps more originals are being held for the next Toto album.