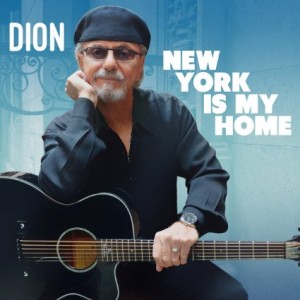 Dion DiMucci, the Bronx doo-wop singer who became immortal in 1961 with Dion and the Belmonts (“Teenager In Love”), and on solo rock hits like “The Wanderer” re-invented himself as a folk-blues singer after producer John Hammond signed him to Columbia in 1962 (the year after Hammond signed Bob Dylan).

While the folk commentary “Abraham, Martin & John” put Dion back on the charts, blues has been the focus of his work. Working here with his co-producer, guitar master Jimmy Vivino, DiMucci opts for a raw, edgy approach.

Dion wrote 10 of the 12 numbers here, and Vivino, who plays amplified guitar and keyboard, wraps his mastery around every one. He slashes and burns on “Can’t Go Back To Memphis” and smolders on the title song, a DiMucci duet with Paul Simon.
“The Apollo King,” a memoir of the Apollo Theater in the ’50s ring true as Vivino flings out chugging Chuck Berry-style doublestops. He offers sympathetic backing on the ballad “Visionary Heart.”

On the two covers – Tampa Red’s “I Ain’t For It” and the Lightnin’ Hopkins tune “Katie Mae” – Vivino adds tough and authentic licks. The music here attests to the 76-year-old DiMucci’s continued vigor.