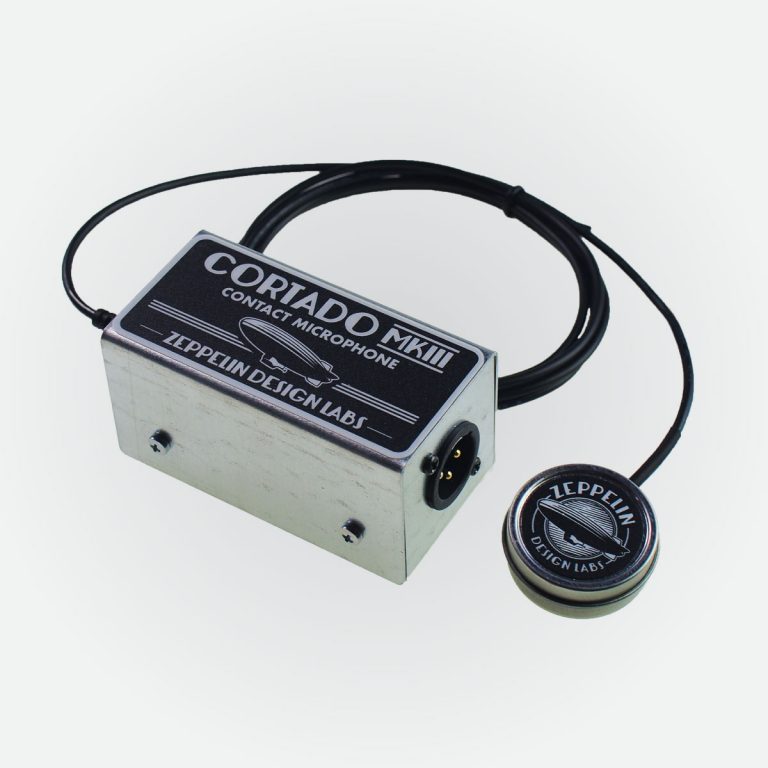 CHICAGO, IL – May 1, 2021: Zeppelin Design Labs of Chicago has released the Cortado MkIII, the latest incarnation of its popular high-performance contact microphone.

The Cortado MkIII is a rugged, versatile, easy-to-use contact mic that reveals the hidden sounds in the solid world around you. The mic is equally useful for sound design, music recording, and venue sound reinforcement. The sensor head attaches easily to most surfaces with clamp, tape or putty, and is tethered to the preamp chassis with a 6’ (2m) shielded cable. 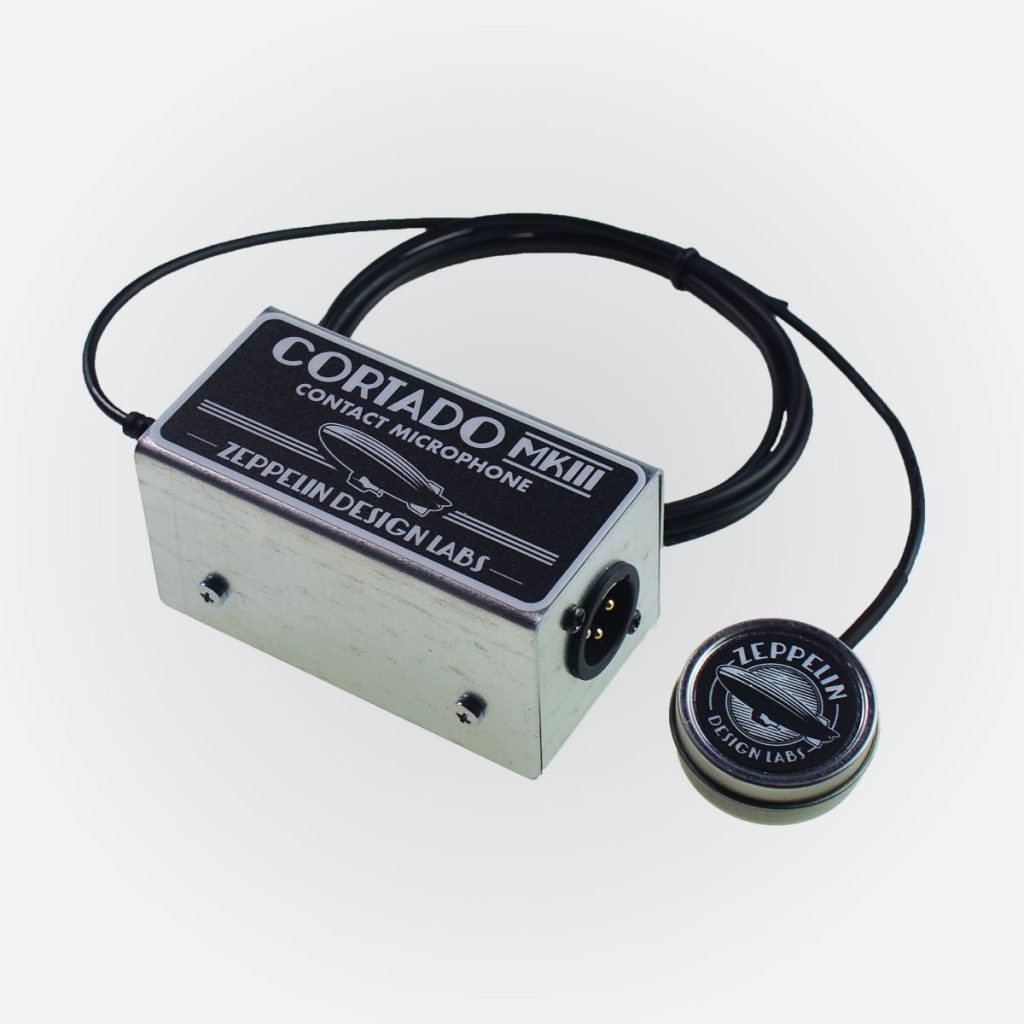 David Grundtvig, broadcast sound engineer for the NBA 2020 season in Orlando, Florida, used Cortado to capture arena sound effects. “We used 130 Cortados under the three courts. I’ve put them on NFL goal posts, on foul poles in Major League Baseball; I’ve had them on the Green Monster at Fenway and had great success.”

The Chicago band The Unfortunate recorded a demo using only Cortados to mic the entire band. Hear it at cortadomic.com.

At $159 MSRP, the Cortado MkIII is the most affordable contact mic in its class. The available attachment accessory kit includes a variety of clamps and adhesives to easily attach the Cortado, temporarily or permanently, to most any object.