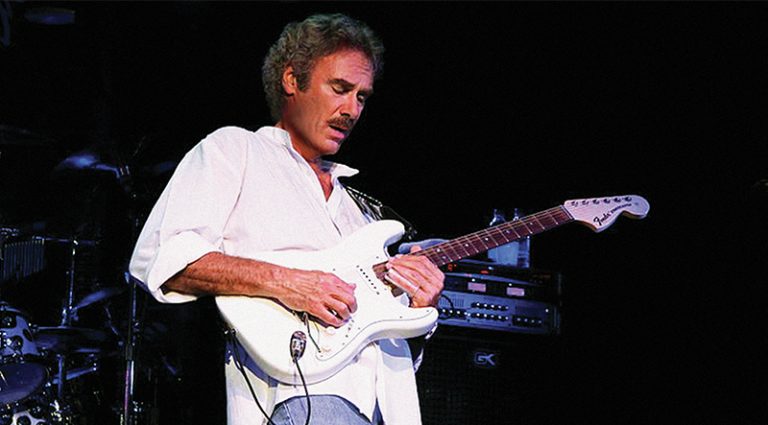 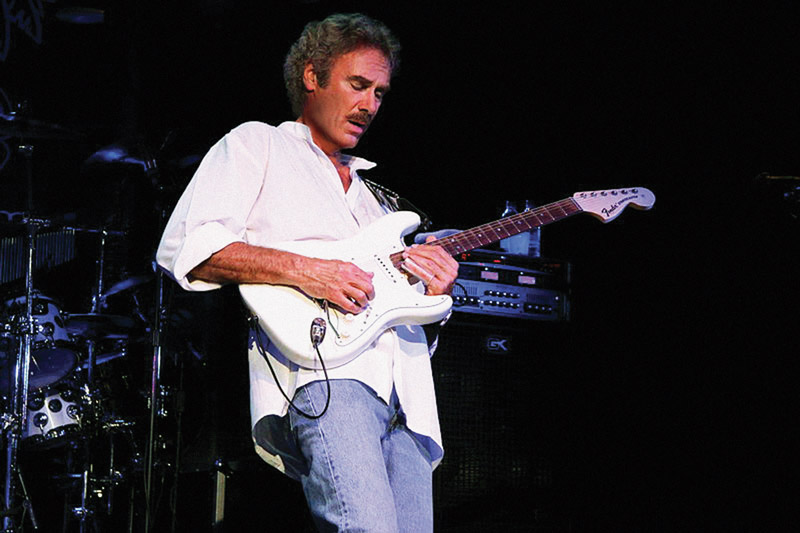 Anyone who listened to Top 40 radio in the late ’70s and early ’80s is familiar with Pablo Cruise. The band recorded two Top 10 hits and five that broke the Top 40, mixing breezy rock, pop, soul, and even a bit of jazz. Three original members, including guitarist David Jenkins, recently re-formed and released a CD/DVD titled It’s Good To Be Live, which shows a band playing as well as ever.

A reunion of sorts proved to Jenkins it was time to start playing again.
“Stephen Price (the band’s drummer) was getting married, and told his wife-to-be how he’d like her to see the band one time. So we put together a gig, and Cory (Lerios, keyboardist), Steve, and I had such a great time we wanted to do more. And I saw why it worked in the first place; the songs hold up, and when you put the original guys behind them, you feel the chemistry that made it happen.”

Jenkins’ journey to the guitar came about after flirtations with piano. The lessons stopped because he didn’t, in his own words, “Do the hard work.” He also experimented with several band instruments in school. Like so many of his generation, the Beatles’ appearance on “The Ed Sullivan Show” played a defining role. “That’s when I got a guitar,” he said. “I just knew it was what I wanted to do. My father hated that! He was worried my life was going to go down the tubes instead of getting a real job.”
While attending high school, Jenkins spent time in local bands, and attended one term in college before a friend one day asked him to ride to California. Jenkins’ parents were opposed, but, “I had an Epiphone guitar and amp, a suitcase full of clothes, and four dollars.”

On their second day in Cali, Jenkins went to a guitar store in San Carlos. “The owner asked if I could teach. I’d only been playing a couple of years, but I told him I could. He ran me through a 30-second audition and told me I could move in with his son and start the next day. Well, the owner was Leonard Hart and the son was Mickey Hart, who would become the drummer for the Grateful Dead. He was just back from the Air Force and taught drums at the store.” The store manager, Gil Draper, eventually opened a store in Palo Alto, and asked Jenkins to come along. “He offered me what Leonard was paying me and 30 percent off anything in the store. So I went to work for Gil.”

During this time, the seeds were planted for what would become Pablo Cruise. “Cory, Steve, and I started playing together in 1970. They took off to play with Sal Valentino, in Stoneground. In ’72, Cory told me they needed a bass player. So we started playing, and it worked for awhile, but we decided to put together our own band. We started writing and playing, and we got lucky. We had a good manager, were signed to A&M Records, and we had the right songs and production.”

Jenkins’ solos highlighted most of the band’s songs – often, as hook-laden as the choruses.
“I think in melodies. I appreciate hot-licks guys, but you can’t improve on what George Harrison did because the melodies are there. In my solos, I try to capture part of the song rather than just ripping through licks.”

For much of the new set, Jenkins played a Strat. “Put a Tele in my hands and I’m lost, but a Strat makes sense to me.” His main guitar is a white Custom Shop model and he has an older one at home. In Pablo Cruise, he also used a Gibson ES-335. “In the late ’70s, we were on tour with the Doobies, and Pat Simmons and I went out to a store in the suburbs of Chicago. I bought two guitars, he bought three.”

He plugs them into an old Mesa Boogie Mark IV. “I’ve had it about 25 years, and recently took it to Mesa for some work. They told me, ‘Never get rid of this amp!’”
The band hopes the new release catches on. “It was just something we wanted to do – chronicle the band and see if we can generate a little more excitement.”