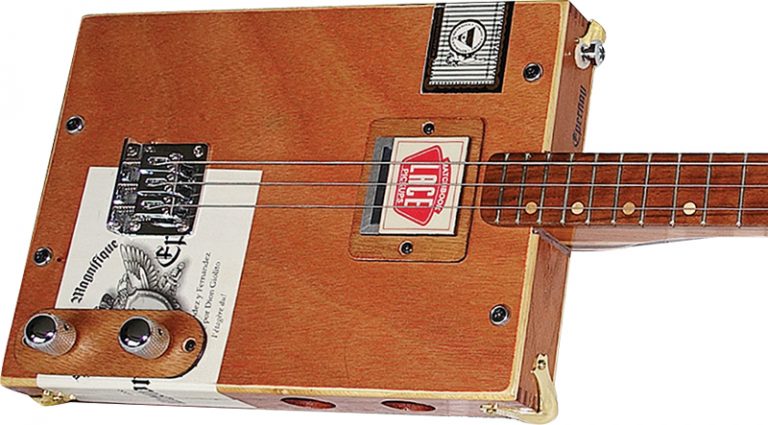 Cigar-box guitars are a 19th-century creation that today are enjoying a trendy surge in popularity, and attracting the design expertise of some talented folks. Why? Well, because cigar box guitars are quirky and equally fun for musical neophytes and advanced players.

Take Rob Wrobel, who makes his three-string CBG Model with Lace Matchbook Sensor pickup in a state that would seem a likely source of cigar boxes. Wrobel mainly procures his boxes from a Destin cigar shop, and all of them are made of South American hardwoods.

Stamped with the legend “Hecho en Centro America” and a coat of arms with a two-headed eagle, the Wrobel Le Voyage Lace III tested was made from a carefully chosen box with brass hardware reinforcing its rear corners. The top had a beveled edge, while screws-through-eyelets held things together, a common joint system for the genre. Neck-through construction of primarily walnut laminated with domestic and tropical hardwoods comprised the fretted neck, and mesh-covered soundholes on the sides (dubbed “box breathers”) allow their sound to project. The Wrobel cigar box came tuned to G-D-G.

Plug into the 1/4″ jack and dial in the Lace Matchbox Sensor with the guitar’s Tone and Volume knobs. The Le Voyage allows one’s G-blues-boogie instincts to take over, even more with a slide. The Matchbox sensor has more than enough gain to overdrive a little tube amp, but at lower volumes produces a clarity that allows the characteristic cigar box tone to shine. Turkish saz hajiz scales with modulation effects, compression, and just a hint of overdrive also come alive. While a dedicated pickup might seem antithetical to the cigar-box DIY mentality, why not? Especially when it’s got a “found parts” kinda vibe, i.e., the north magnet resembles the striker on a matchbook and can even be decorated with a favorite matchbook cover.

There are cigar-box guitar clubs and conventions, and even a celebration in Clarksdale, Mississippi – heart of the Delta. Wrobel sees the revolution starting to impact guitarists on the lookout for another distinctive voice, and makes his guitars in five-string configurations, as well, for that Keef-inspired open-G tuning that rock guitarists have come to love. Hopefully, these musicians picking up cigar boxes don’t forget about the fun. 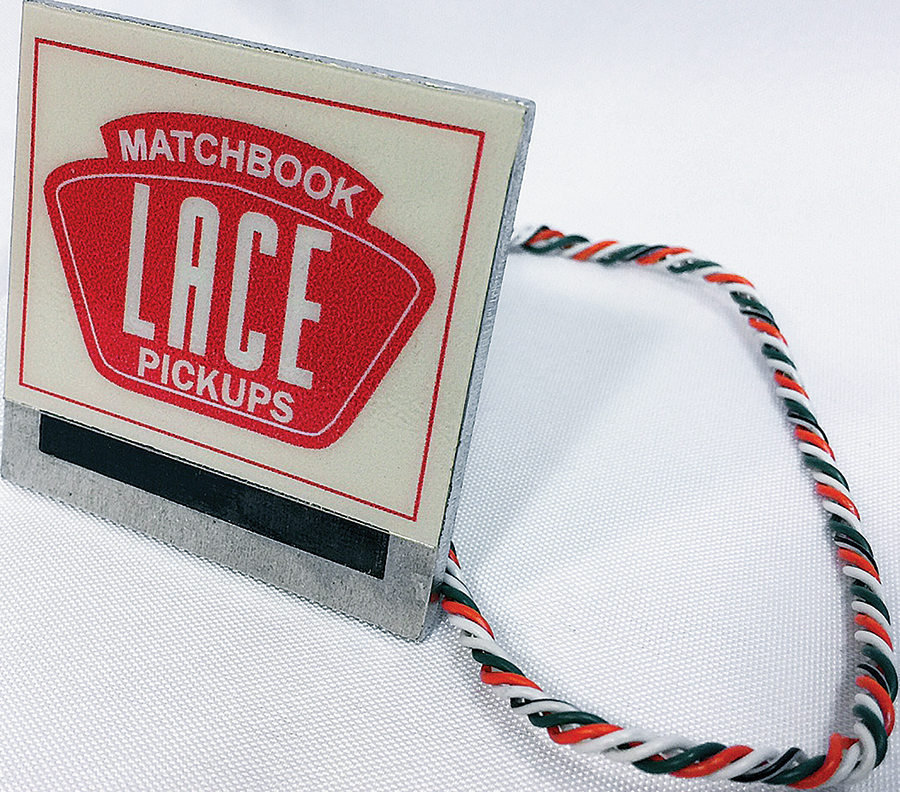