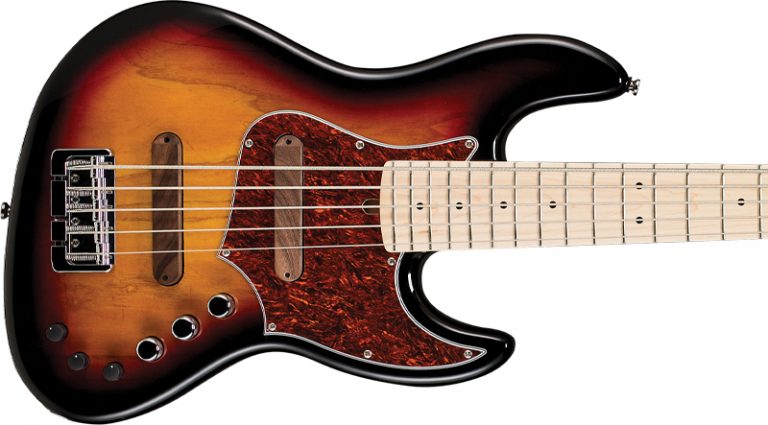 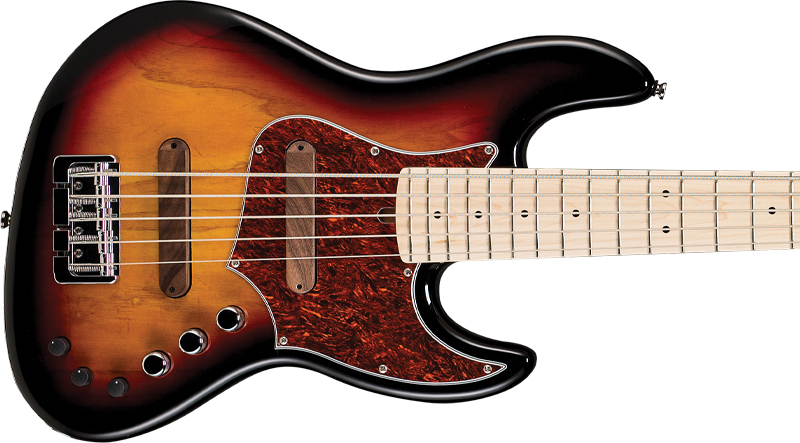 Over the last few years Xotic has grown its rep thanks to top players who have endorsed its Leo-inspired guitars and basses. Now Xotic’s new import ProVintage series endeavors to bring the company’s noted build quality to a mid-price segment.

Built in Indonesia, the ProVintage 5-String has its pickups installed, its neck Plek’d, and the whole works run through a final setup and inspection at the company’s California facility. Inspired by Xotic’s popular XJ series, this bass is descended from the classic Fender Jazz design with a double-cutaway ash body, a 34″-scale maple neck and 22-fret maple board, and a sunburst finish with tortoiseshell pickguard. Its fingerboard has a nut width of 1.75″ that tapers to 2.625″at the 12th fret. And it all supports that low B string.

Things get even more interesting with the electronics, starting with two single-coils with elegant wood covers. There are the familiar chrome knobs for volume, tone, and a balance that pans between the pickups. The push/pull Volume knob jumps between active and passive systems. The active side brings online a powerful three-band EQ and a substantial volume boost that lets the player fine-tune their tone; the active circuit can also serve as a sort of lead channel for solos and louder sections – all without a footswitch. Other amenities include Hipshot Ultralite tuners and B-style bridge, and two battery compartments to provide 18 volts of power for increased headroom.

The ProVintage 5-String’s flat D-profile neck is beautifully set up with low action and excellent tones. The bass weighs in around 9.5 pounds and its construction is rock solid. If you’ve been jonesin’ for an Xotic but don’t have the benjamins, you’ll dig the ProVintage line – it’s a lot of bass for the money, and it more than lives up to the Xotic name.