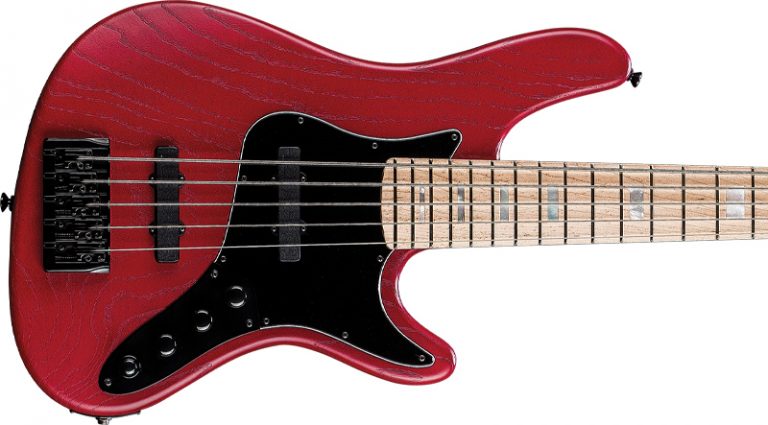 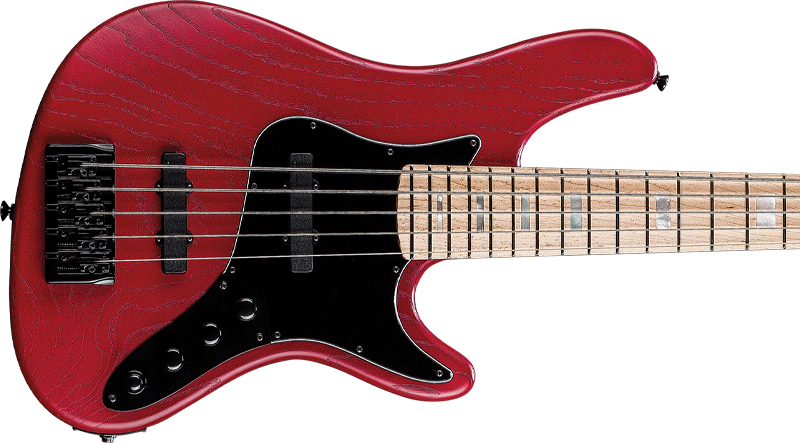 The look and feel of Kiesel’s JB5 Classic align well with what a bassist expects when they gaze upon it – modern take on a Fender Jazz, with similar cuts and contours. Unless you’re that last bassist on earth to have picked up a Jazz (or one of the million clones), you know it.

Sitting or standing, the JB5 is beautifully balanced. With an average weight under nine pounds, its 44.5″ x 13.25″ x 1.65″ body (built using one of several wood options) will spare you that kink in the rhomboids after a gig or long rehearsal. Its oiled-maple bolt-on neck is nicely shaped – 0.78″ thick at the first fret up to 0.88″ at the 12th, it’s thin enough to keep notes in easy reach for the typical adult-male hand right on past the nicely contoured neck heel at the 17th fret (but like Mundell Lowe says in his feature in this issue, “Don’t play notes the audience can’t hear!”). The 34″-scale ebony fretboard has a 14″ radius, white-pearl dot inlays, and Kiesel’s Luminlay side dots. It measures 1.77″ wide at the nut, 2.98″ at the 22nd fret. The bridge is a proprietary unit with adjustable saddles and string-through or top-loading options.

The Kiesel’s JVA single-coil pickups use Alnico V magnets, and its 18-volt active/passive electronics offer impressive range, with controls that are logical and no-nonsense. Activating the passive function involves pulling the push/pull master Tone pot. In commonly used manipulations of EQ and pickup balance/output, the JB5 does admirable work, especially for an instrument in its price range. Even at the muddier end of usable, the B string sounds round and clear. At the other extreme, through the bridge pickup only and with lows completely cut and highs fully boosted, the JB5 sounds pocket-radio-like in its thin-ness – something employable as an effect, perhaps.

No matter the style, players will find plenty to use here.