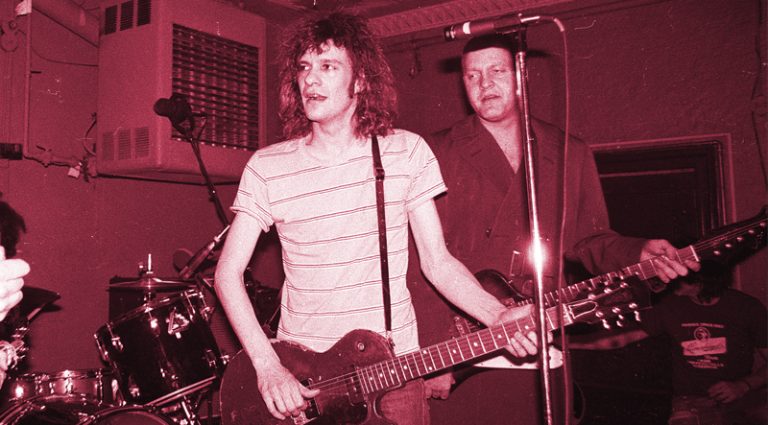 Love for the greatest band that “shoulda but didn’t” trundles onward. Replacements fans in the past few years having been treated to a critically acclaimed bio, a rollicking new LP from bassist Tommy Stinson’s Bash & Pop, and teased tracks from songwriter/frontman Paul Westerberg.

Add to the heap this life shot, a brilliant recording that preserves the Minneapolis legends in all their self-effacing high-wire glory in Hoboken, New Jersey – hot on the heels of their disastrous (or was it hilarious?) appearance on “Saturday Night Live.”

The Mats run through 24 catalog-spanning songs and five covers (Sweet, Kiss, T.Rex, Beatles, Vanity Fair) tossed in. Slouching toward the implosion for which the band was (in)famous as a live act, the set stops short at just the right amount of high jinks… a few false starts, flubbed lines, artist-audience banter. And though the band was touring behind its critically acclaimed major-label debut, Tim, the tracks from their earlier, more punk-inspired releases shine most. That and lead guitarist Bob Stinson, performing just months before his ouster.

The greatest feat here may be putting an exclamation point on the late Stinson’s underappreciated genius for brinksmanship – taking songs (and listeners) to the edge of dissolution before expertly, if often wildly, reeling them in.