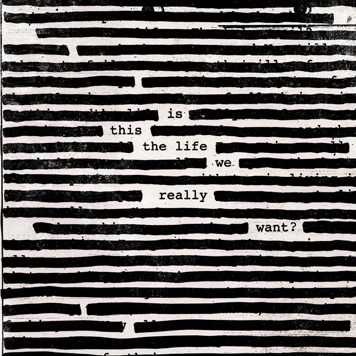 Roger Waters is a prisoner of his own fame since, with rare exception, he has to make new music that sounds like Pink Floyd. On his first solo album in 25 years, he freely mines grooves, vocals, and effects that are Floyd trademarks and, frankly, that’s what his fans want. Still, this is a strong album that focuses on Waters’ vocals and famously dark lyrics.

On guitar we hear Waters’ acoustic strumming paired with electric work from Jonathan Wilson (Father John Misty, Dawes), who can emulate David Gilmour with admirable restraint – a good example of both players can be heard on “Broken Bones.” The single “Smell The Roses” draws its groove from 1975’s “Have A Cigar,” but no matter – it still cooks along with Wilson’s funky seventh-chord and tritone vamp, and he introduces a haunting minor-key slide theme and tasty lead licks later on.

“Picture This” would have been right at home on Animals, but that stark, edgy style is still powerful today. It also encapsulates everything that was missing from the fluffier, Gilmour-led Floyd for 30 years – none other than Roger Waters himself.